Is Tess Ward dating Harry Styles or have they broke up! Implores Kindness with Instagram caption! 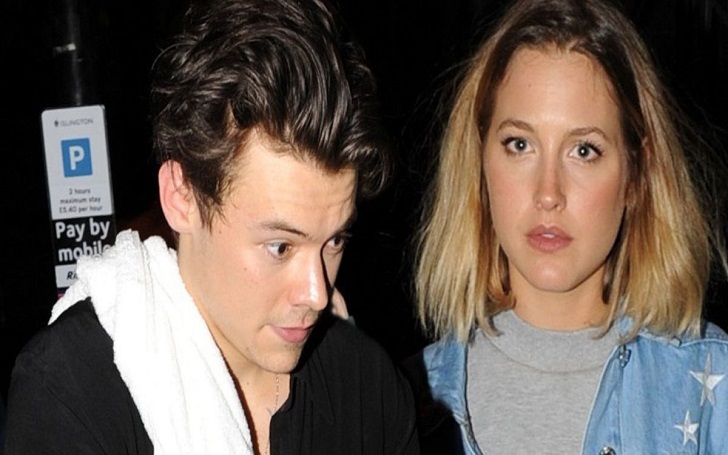 Rumored girlfriend of the pop star, Harry Styles, Tess Ward urges her augmented fans to be kind to her through an Instagram post. Breaking the heart of million girls who are head over heels for Harry Style. Ward who is at the age of 27, is confirmed to dating Harry despite all the attention she’s getting from the crowd.

Many fans of Harry is in shock to know the fact that he is the boyfriend of the talented author Tess Ward. She was spotted supporting her inamorato at his secret gig in London.

The caption to the photo reads: Brunch for dinner is never a bad idea on the weekend! Also for everyone following and messaging me, I am thankful, but please be kind to me. All I want is to share beautiful food with you all.

Styles wore a pair of vibrant purple trousers with a dragon motif across them while Ward’s jacket appeared suspiciously similar to one she modeled on her Instagram earlier that day, which featured a dragon and the embroidered words ‘good luck”.

How Has Her Relationship Afflicted The Professional Facet?

Dating a star is never easy. On top of that, if the star is the heartthrob of millions, criticism is assured at its best. The very trend has taken a toll on ‘The Naked Diet’ writer.

Recommended: Clark Gable’s Grandson, Clark James Passed Away; Dies at the age of 30

The Yes Chef star, who got used to getting top star reviews and had all of a sudden got a string of one star hits on Amazon, leaving a bitter taste in everyone’s mouths. One report stated:

“Could not find one single perk in this book even if I tried. The recipes are bland and unoriginal.”

“The book is boring and the diet she proposes is medically unsound. I would not recommend it to anyone. Don’t waste your money.”

Let’s not be pessimistic because there’s more to this aspect for there are not only nemeses among Styles’ fans, some of them are supportive.

However, some of Harry’s fans have come to Tess’ defense as @OlderStylesFans tweeted:

“I see more of the more pathetic members of the 1D fandom have started leaving s****y reviews on @TessWard’s book on Amazon… Grow up FFS!”

The U.K. based chef is paving the way to her glorious future as an aspiring food writer, and author and food consultant. Let’s hope Ward dating Styles does not become a bane for her career.