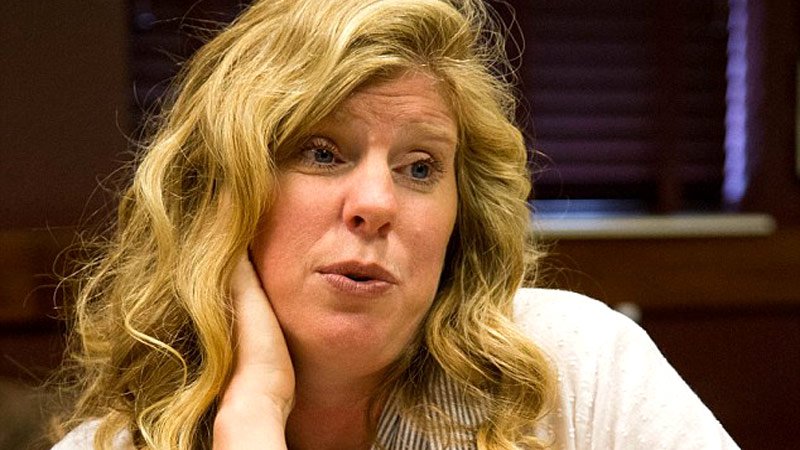 The surname, Chrisley is as popular as Kardashians in the reality TV series world that everyone wants to know about them. Though Teresa Terry isn’t a Chrisley, however, she was one in the past.

Who is Teresa Terry?

Teresa Terry is the ex-wife of the American producer and television personality Michael Todd Chrisley. She rose to the limelight after her marriage with her husband, Todd. Unlike Todd, Teresa has always been out of the spotlight.

Similarly, Teresa has moved on in her life. She started her own family after her separation from Todd. Nobody knows where Teresa is at present. Probably, she is looking after her second husband and children.

Marriage isn’t as easy as it seems. No matter how strong the bond was, Teresa Terry couldn’t save her marriage.

Teresa Terry married boyfriend turned husband Michael Todd Chrisley when she was 19 and got pregnant too. She was Todd’s high school girlfriend but their love life ended shortly.

Eventually, Teresa and her ex-husband divorced. The reason behind their separation was a secret until Teresa revealed the truth in an exclusive interview with a media outlet in 2016.

In the very interview, she shared the truth about their seven-year-long married life with each other. Teresa revealed that her ex-husband, Todd abused her after striping her naked. Moreover, he also had threatened to kill her wielding a knife.

Later, Teresa Terry left the house taking son Kyle  Chrisley with her. She also tried to bring her five-year-old Lindsie Chrisley with her, but Todd didn’t let her do that. After the incident, she filed for divorce from her husband in April of 1995.

Although Teresa blamed Todd, she also said in an interview that he was not criminal at all. She said:

‘I don’t know what happened to Todd really. I’ve known him a very long time and I know that he’s not all bad. There’s good in him. He can be very witty and fun company, but if he doesn’t get what he wants you’d better believe there will be consequences.’

Together with her estranged husband, Teresa has two children. However, Todd has three more children from his second wife – Savannah Chrisley, Chase Chrisley, and Grayson Chrisley. All the children are grown-up and have already started their individual life.

Teresa’s firstborn, Lindsie revealed a secret about her on the most recent episode of Coffee Convos with Kail Lowry & Lindsie Chrisley Opens a New Window. Lindsie said to Kail Lowry and guest star Chelsea Houska:

“I am from my dad’s first marriage. So, his last three kids are from my dad and his wife on the show. So my stepmom adopted me legally,”

Also, Teresa is the grandmother of her beautiful granddaughter, Chloe Chrisley. Chloe is the daughter of her son, Kyle and his ex, Angela Johnson.

As her son, Kyle fought for years with drug addiction, Teresa’s ex-husband filed for the custody of her granddaughter, Chloe. In 2014, in an interview, Todd told:

“Kyle is bipolar and normally, people that are bipolar, they seek out a way to self-medicate, which is what Kyle has done since he’s been young.”

Teresea’s son also tried to murder himself with a drug. Fortunately, he didn’t die! When revealing about it, Kyle revealed that it was the mediations’ side effect.

Teresa Terry was born in the USA. However, the details of her actual birthplace and her birthday are nowhere in the records, unlike her ex-husband and children. Therefore, it becomes hard to collect any updates form Teresa Terry.

As for her former husband Todd Chrisley’s wiki-bio, he was born in Georgia, the United States, on April 6, 1969, making him 49 years of age. He is currently married to his wife, Julie and has three kids with her.