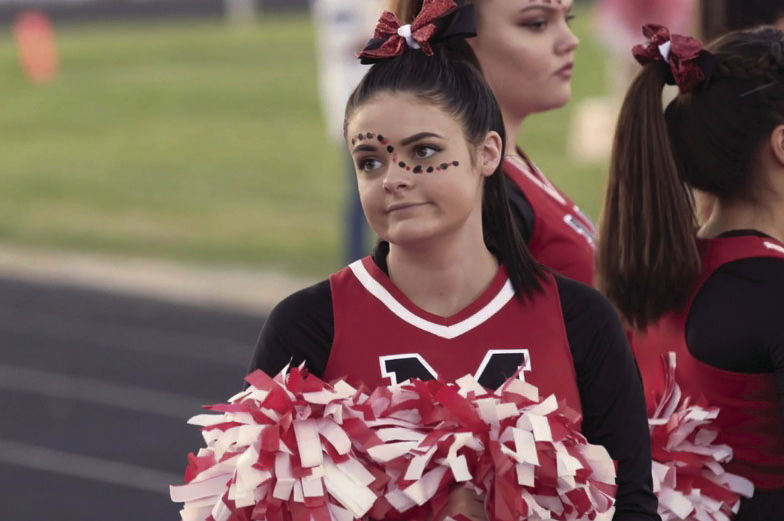 MTV always has something exclusive to present to the world. Likewise, the show Teen Mom: Young and Pregnant, which tells the stories of new young moms, have created enthusiasm among the youth.  As, the new series premieres, many are inquisitive to know about this new batch of women. The youngest Teen mom of this season is Lexi Tatman. In the series, other moms range in age from 18-20, while Lexi and fellow castmate Brianna Jaramillo are both 17, which makes Lexi exactly teen mom and the youngest in the MTV show. But the question arises, who is the father of Lexi Tatman baby? Has Lexi Tatman married someone or is she dating her boyfriend? Thousands of people are quite excited to be familiar with the Teen mom Lexi Tatman husband and her dating affair.

As to be anticipated, there’s a lot more to Lexi’s story than just being a young mom, since she’s also progressing on motherhood for the first time. But she has not married anyone yet. Though she is a mother of a child, she has yet to be a wife of her husband-to-be. However, for people wondering about Lexi Tatman husband, we have good news for you. Though Lexi hasn’t married yet, it looks like she already knows who her husband will be. Isn’t it romantic for a young teen mom? But who is the lucky guy who is most likely to be Lexi Tatman husband? And, who is the father of her child?

Caption: Lexi Tatman with her baby and baby’s father.

The teen mom Lexi is currently dating her longtime boyfriend, Kyler Lopez. Lexi and her boyfriend Kyler are dating each other for last four years. Lexi Tatman boyfriend, Kyler is also the father of her baby. Lexi often posts a picture of her together with her boyfriend on her Instagram. So, as of now, we can say that the duo is still together and are trying their best to parent their child.

Though Lexi Tatman has yet to gush about her wedding plans, it looks like the one who will be Lexi Tatman husband is her now-boyfriend, Kyler Lopez. As the couple has already become parents of their newly born baby, they are most likely to marry each other soon enough.

Lexi Tatman Baby and Her Pregnancy

When Lexi Titman found out she was pregnant last year, she said she felt terrified and very lonely. As co-captain of the high school cheerleading squadron, Lexi knew her life would alter after her pregnancy in her early days. Lexi got tangled with MTV through her boyfriend Kyler’s mother, who signed her up for the show. After hearing her story, the MTV officials were concerned in sharing it with others. The show was taped last year and recorded every couple of weeks in town.

Lexi is now sharing her journey of motherhood on the MTV show “Teen Mom: Young and Pregnant.” Lexi gave birth to her son Tobias Ryker Lopez-DeLuna at the age of 17.

I see some confusion with my sons last name. We gave him DeLuna as it is a family name from my side. I have 2 living family members with the name and neither have children. We loved the video of him passing on our beautiful family name😊 #teenmomyoungandpregnant #teenmomyp

As of now, Lexi Tatman baby is over four months old as she gave birth to her son on 29th of October last year. But her due date was 18th of November 2017, just after a day of her birthday.

Born in a small-town Colorado in the year 2000, Lexi Tatman celebrates her birthday on 17th of November, which makes her age 17. Lexi attended Montrose High School and recently received her diploma degree. Information about her height and parent’s name are missing. She has a little brother.

Lexi was the co-captain of her high school cheerleading squad. When she told teammates about her pregnancy, they all were supportive of her. Lexi is also very close to her parents that’s where she gets all the support to make her life a lot easier.

Lexi and her son, both are Scorpion born, and she belongs to American nationality. Lexi is a huge fan of Iron maiden. People often call her as a lookalike of young Kylie Jenner. Lexi currently has 5.1k followers on her Twitter. She is most active on Instagram with 33.4k followers. Lexi appears pleasing with decent height, and her beautiful personality shows her bright future ahead.