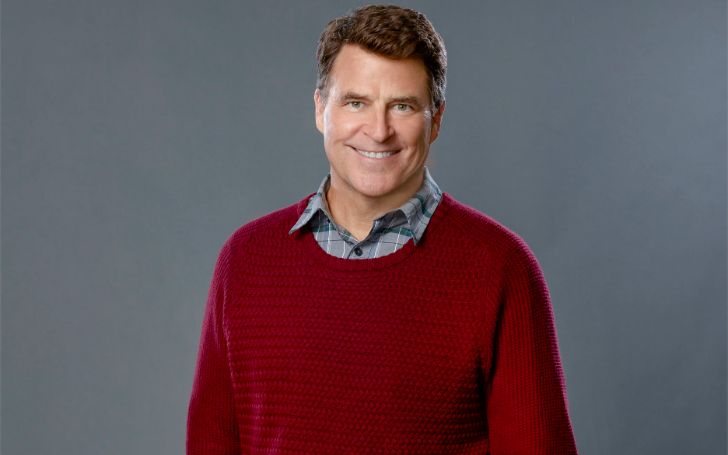 Successful in establishing himself as the entertainment industry’s top-notch actor, Ted McGinley made his name from his decades-long involvement in acting. With over 90 acting credits in the past 37 years, he made a successful career.

Notwithstanding his career, McGinley is among the very few one woman man in the industry. He has set a perfect example of how a marital relationship can be successful. Well, in this article let’s dive deep into Ted McGinley life and know more about his married life and career.

Who Is Ted McGinley?

Ted McGinley is an American film and television actor. McGinley started his career in acting from 1982. Since then, the actor has established himself as one of the top men in the entertainment industry.

Besides his career, McGinley is also the husband of a famous American actress. McGinley is sharing a blissful relationship with his wife for almost three decades.

Ted McGinley Net Worth: How Much Does He Earn?

Ted McGinley possesses a net worth of $5 million. McGinley gathered his fortune from his career as an actor. He featured in several movies and TV series that helped him in earning marvelous prosperity.

Ted also featured in several popular movies such as Follow Your Heart, The Big Tease, Daybreak, Frozen Impact and many others. Similarly, McGinley also made magnificent riches from his television career. He played remarkable characters in TV series, The Baxters, No Good Nick, Transformers: Robots in Disguise, Married…..With Children where he generated $20 thousand to $40 thousand per episode.

McGinley also owns an 1884-square foot, two-story home in Balboa Island. His house is worth around $3 million. For now, the actor is one-half owner of the house and is soon going to fully own the house.

Ted McGinley Personal Life: Who Is His Wife?

Ted McGinley is currently married to his wife, Gigi Rice. Like McGinley, his wife, Gigi is also an actress famous for playing in the movie, A Night at the Roxbury, Mission Air and many others. McGinley and his wife met for the first time on the set of the TV series, B.I Stryker in 1989.

McGinley and Gigi used to spend a lot of time together and the couple eventually fell in love. They dated for almost three years before finally tying the knot in 21st July 1991 in a private wedding ceremony in California.

Born on 30th May 1958, Ted McGinley stands at a height of 6 feet. McGinley is a good-looking and charming actor with Blue eyes and light brown hair.

Where is the birthplace of Ted McGinley ?

What is the nationality of Ted McGinley ?

Which ethnicity does Ted McGinley belong to?

What is the color of Ted McGinley ’s eyes?

How tall is Ted McGinley ?