Taylor Skeens Found A Perfect Boyfriend After Experiencing A Failed Marriage To Her Ex-Husband? 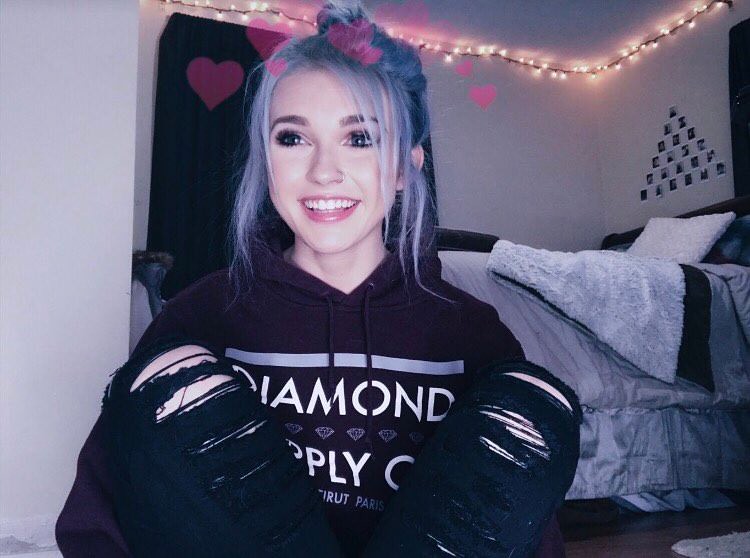 Along with being a source of entertainment, YouTube has brought lights into the lives of many people. Either those who once suffered the melancholy of bullying or abuse or those who went through bitter love experiences in life, YouTube has given them a reason to be happy.

The American YouTuber Taylor Skeens chose YouTube as her career which helped her to face the complications in life and be independent. The YouTube star is also known for her weird hair color experiments. With more than 715k subscribers, she has won the hearts of many virtual audiences with her engaging contents.

Also, read Youtuber Alex Dorame known for her bright hair, has a boyfriend? Since when are they dating?

People learn from their mistakes. Indeed, the past life experience of Taylor Skeens has taught her to be selective when it comes to choosing the right one. But, who is Taylor Skeens boyfriend?

Many might not know this, but Taylor Skeens was once married before. She was married to her military husband, Greggory Skeens. The duo exchanged their wedding vows in Grundy on May 16, 2015. Her wedding ceremony took place at Vansant Church of Christ following a reception at the Event Center in the old Southern Smoke building. Unfortunately, everything goes down the drain, and she went through a divorce.

I’ve never felt comfortable talking about this but after @shanedawson recent videos it really inspired me to share my story & I’m so glad I did. A lot of you told your stories and I’m shocked at how many of you are going through the same thing! https://t.co/lYKVlfQhpx pic.twitter.com/0yV1AZ0csl

As of now, Taylor Skeens is in a romantic relationship with her boyfriend. If everything goes right, they’ll get married one day. Fans’ll be delighted to see them as husband and wife.

Taylor first joined YouTube on January 23, 2013. Her Youtube videos are basically about skits, pranks, and challenges. Some of her favorite YouTube videos are “Ex-Boyfriend Finds Me On Omegle, “Reacting To Cringey Musically With Rebecca Zamolo,” “Omegle With Strangers Pt 2 “, “HER PARENTS WALKED IN ON US ON OMEGLE,” and “My Mom Found Out I Smoke.”

As of now, she has more than 715k subscribers on her channel with over 48 million views. She has done collaboration videos with may famous fellow YouTubers. She also does live broadcasts on YouNow under the username “itstaytayxx.”

Taylor Skeens was born in 1993, in Virginia, the USA to her American parents. She spent her childhood in Grundy with her sister, Holly Branham. Details about Skeens’ parents, family background, and siblings are confined.

Taylor has earned a business degree. However, the names of her high school and the university are unknown.

Taylor celebrates her birthday on August 31 that makes her age 24. She belongs to white ethnicity and has a stunning personality with a height of 5 feet 5 inches.