Taissa Farmiga Is Likely To Get Married To Her Longtime Boyfriend: Know Her Family Details And Net worth 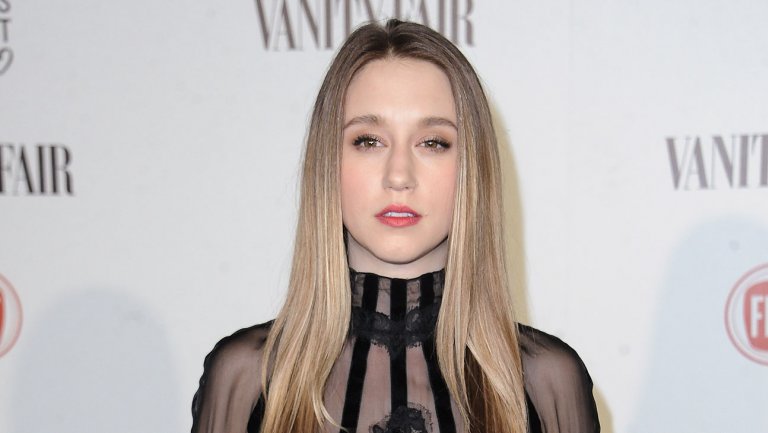 The American actress Taissa Farmiga began her career with Higher Ground in 2011, directed by her sister, Vera Farmiga. However, her television debut American Horror Story: Murder House in the FX series in 2011 earned her recognition as a contemporary scream queen. Taissa Farmiga’ net worth proves about her success in the industry within a few years.

Also, read: Rachel Bonnetta Is Likely To Get Married To Her Boyfriend

Your wait is over as we’ll be exploring Taissa Farmiga’ wiki facts, bio, boyfriend, net worth, age, height, parents, and family.

No matter how big Taissa’s male fan following is, she is currently loyal to her boyfriend and relationship. Yes, you heard that right. The beautiful actress Taissa has already found her knight of the shining armor.

Taissa is currently dating her boyfriend, Hadley Klein. She met her boyfriend who is a screenwriter and director in 2014 in the set of a movie. The couple straightaway liked each other and began dating shortly after that. Nothing much is known about their dating history, but at present, they are together which is all that matters.

Despite having the age gap of 11 years, their love and respect for each other have grown with every passing year. Both never hesitate to flaunt their special moments on their Instagram and regularly update their fans about their dating life. Most recently, Taissa posted a photo of her with her boyfriend on 13 May 2018 and wrote a beautiful caption.

I hate to see you go, but I love to watch you walk away

As of now, Taissa has not married her boyfriend, Hadley, yet. However seeing them hot in heels over each other, they seem to be ready to walk down the altar soon.

Taissa Farmiga began her career in 2011. She appeared in the FX anthology series named American Horror Story as a troubled adolescent Violet Harmon. In 2013, she did Jorge Dorado’s psychological thriller movie called Mindscape. She also appeared in the biological crime drama film Jamesy Boy which received mostly unfavorable reviews. She depicted the lead role in the horror comedy movie The Final Girls.

For those of you who are simply dying for more… how about a personal tour of our favorite haunted Romanian abbey? I dare you. https://t.co/jA1sY2tVvl #TheNun, only in theaters Sept 7th.

Taissa successively co-starred a crime drama series the Wicked City of ABC. In 2016, she made her stage debut from the drama show Buried Child. She came back in the episode Chapter 9 of American Horror Story: Roanoke.

Taissa will appear as the lead in the most awaited The Conjuring universe’s The NUN in September 2018. Some of her other upcoming projects are The Mule and We Have Always Lived in the Castle. No doubt, she has millions of net worth because of her dedication. Her upcoming projects will also increase her net worth in the coming days.

But what’s the figure of Taissa Farmiga’ net worth?

As of 2018, Taissa Farmiga’ net worth is estimated at $1.5 million. A year later, in 2019, Taissa has increased her total fortune to an estimated $2.5 million, that means, in just a year, she has managed to earn as much as $1 million.

We all know Taissa is an actress, so she earns around $50 thousand to $60 thousand per year as an actor. HEr most notable role was in American Horror Story which paid her no less than $100 thousand per episode.

Taissa Farmiga was born in 1994 in White House Station, Readington, New Jersey, the United States to her Ukrainian immigrant’s parents. She is the youngest child of Michael and Lubomyra (Spas) Farmiga. Her father is a systems analyst while her mother is a schoolteacher. She grew up in Whitehouse Station in New Jersey with her six siblings.

Taissa went to a public school until fourth grade and later gained a home education. She took American Sign Classes for four years.

What a wonderful birthday in Ireland! Worked with amazing people and got lots of love and birthday cheers from you guys! Thanks a million ☘😘

Taissa celebrates her birthday on 17 August that makes her age 24. She belongs to Ukranian-American ethnicity.

Taissa has a stunning figure with a height of 5 feet 3 inches. She has about 1.9 million followers on Instagram and 692k followers on her official Twitter account.