ABC’s T.J. Holmes: Great Affection with His Daughter! Who is His Wife? Know More About Him: 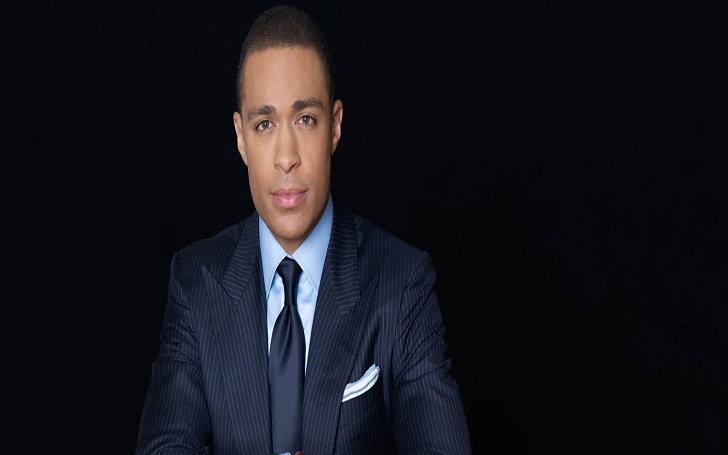 Wife and Children are the most beautiful part of a man’s life. Especially, daughter is like a heavenly angel to a father. Nothing is more important than the children’s happiness to the parents.

ABC’s anchor T.J Holmes shares a great affection towards his family members. Despite his busy schedule, he cares and misses his children and beautiful wife a lot and often talks about them in the interviews. Who is the luckiest girl to have such a father? Let’s peek a little more for further details:

Is T.J Holmes A Great Father to His Daughter!

What is important in one’s life? A career or a family? Well, both have their importance in their respective manner. Many people fail to correlate these two things in their personal life. Today we are revealing the life of similar face from Good Morning America, T.J Holmes.

Also, see: Will Carr: ABC News Correspondent Is Dating A Girl From The Same Profession

T.J Holmes has a beautiful, cute daughter Sabine Holmes from his new spouse. On 19 August 2016, Holmes got a surprise birthday gift from his daughter, Sabine while he was covering the Olympic Games in Rio de Janeiro.

Sabine sang Happy Birthday song on-air and made Holmes cry with happiness. Let’s have a look at the heart-warming moment below:

Holmes and his daughter Sabine share great love and affection to each other. The father-daughter duo is spotted together in various places and events.

1 of many reasons why I adore @tjholmes. Love how he is w/ his sweet daughter. As momma would say, he's a goood man!💖 pic.twitter.com/MAhK0YQ4Xf

Caption: T.J Holmes and Sabine spotted together in an event.

Along with daughter Sabine, T.J Holmes has other two children: a daughter Brianna and a son Jayden. He has kept the news about them under wraps and mostly concern regarding their privacy. He is always seen with his youngest daughter Sabine.

T.J Holmes’ Married Twice or Only Once?

T.J Holmes got married twice. His first wife is Amy Ferson, but the relationship ended too quickly in 2007. The reason behind T.J’s divorce is still unknown.

However, Holmes later met a girl and fell in love with her. After a short period of dating, he wed his spouse Marilee Fiebig who is an Attorney of Atlanta, on 1 March 2010.

You Might Also Like: Is Stephanie Ramos Married? Know her Married Life, Children, Net Worth, Sources of Income, Wiki-bio

They welcomed their first child, Sabine, on January 11, 2013. Recently, Holmes is spending his life with Marilee and Sabine, and their relationship is quite good.

Recently, on January 9, TJ Holmes posted a photo her with her all grown up daughter, Sabine on his Instagram. According to him, King Kong (2005) is one of her favorite movies. Just look at the post yourself.

#BabySabine’s introduction to King Kong came when I let her watch “Kong: Skull Island” with me last year. After that, she was fascinated by all things Kong, and 2005’s “King Kong” with Naomi Watts and Jack Black is one of her absolute favorite movies. But this week, #BabySabine got to see an Ann Darrow that looks like her. She got to see @kingkongbway. And the lead actress/“Ann” was no damsel in distress. She’s an accomplished, wildly talented delight of a human being, @christianiworld, the first black woman to play the Ann Darrow character. Yes, you will absolutely marvel at the production & how technology and a team of puppeteers bring Kong to life on stage. But while Broadway’s Kong tapped into #BabySabine’s sense of wonder, Christiani made her wonder about the possibilities. “Daddy, she’s brown!” I’ve never quite seen #BabySabine like that. A HUGE congrats and a special thank you to Christiani …. for taming the beast and teaching the child, all in a matinee. #thanksByron @byronpittsabc

My wife would have to take the remote from ME in order to turn away from #TheBachelorette. I'm all in with @TheRachLindsay. https://t.co/HbCzNnHPTG

Caption: Holmes talks about his wife, Marilee and “The Bachelorette.”

Holmes along with his wife and daughter is leading a happy life at present. We hope this family will always be happy and together!

T.J Holmes’ Bio Wiki; His Net Worth and Awards!

Loutelious “T.J.” Holmes was born on August 19, 1977, in West Memphis, Arkansas, the U.S. He graduated from the University of Arkansas in B.A Broadcast Journalism. His parents gave him the nickname T. Jr.

He worked for CNN, BET, MSNBC, and ABC during his career. T.J Holmes is currently working for ABC. He is honorably included as one of the members of the 100 Black Men of Atlanta and the National Association of Black Journalists.

T.J Holmes has also received the Young Alumni Award from the Arkansas Alumni Association in 2007. In 2011, he was named under The Root 100 list of Most Influential Black Americans.

Find Out About: Who Is CNN Correspondent Sunlen Serfaty Married To? Know Her Husband, Children, Career, Parents And Wiki

As of his brilliant professional career, he has earned much fame and money in his life. According to his bio, T.J Holmes’ net worth is estimated to be around $3 million which reveals he receives a hefty salary.