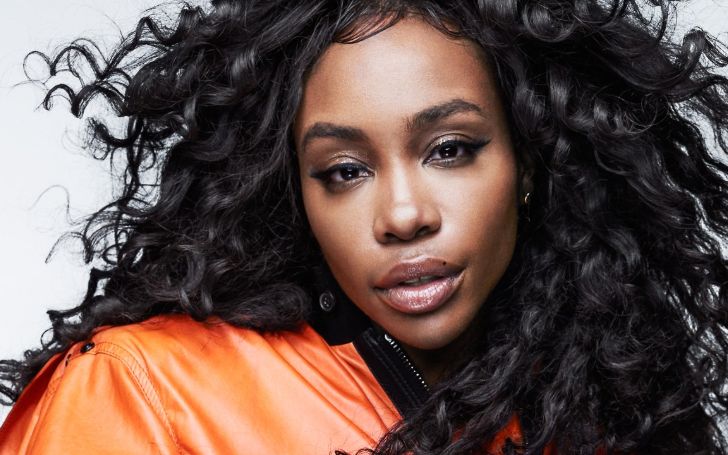 SZA is an American singer and songwriter who is best known for her collaborations with artists like Kendrick Lamar and The Weeknd. She rose to stardom after her album Ctrl received a great critical response.

SZA is an artist rising in stature, and she has already garnered decent net worth. She, however, has had a bad history with guys. All in all, SZA is an artist everybody should keep an eye out for.

SZA was born as Solána Imani Rowe on the 8th of November 1990, in St. Louis, Missouri, the U.S. Her parents raised her in Maplewood, New Jersey. Her father was an executive producer at CNN, while her mother was an executive at AT&T. She has an older half-sister named Tiffany Daniels, and an older brother, Daniel.

SZA attended a Muslim prep school every day after her regular schooling. Rowe attended Columbia High School, where she was very active in sports, including gymnastics and cheerleading. In her sophomore year, she was ranked among the best gymnasts in the United States.

After her graduation from high school, the star went to three separate colleges, finally deciding to settle at Delaware State University. She studied Marine Biology but decided to drop out in her last semester.

Also read: Who is Jessica Simpson’s Husband? Know Her Wiki-Bio Including Her Age, Net Worth, Career, Married Life, and More!

During her early days as a singer and performer, Rowe performed under the stage name of the Supreme Alphabet, taking influence from rapper RZA. After some time, she changed her stage name to SZA.

SZA’s Net Worth: How Much Does She Earn?

SZA has a music career that is going only in the upwards trajectory, and that has enabled her to garner a net worth of about $4 million.

Recommended: Kendrick Lamar and SZA Won’t Perform ‘All the Stars’ of ‘Black Panther’ in Oscars

Rowe’s collaboration with Travis Scott, Love Galore was a big hit, earning a huge $48,000 in one week after its release. This album helped SZA score the most nominations of any female at the 2018 Grammy awards.

SZA also recently worked with The Weeknd and Travis Scott in a song titled Power is Power for the hit TV series Game of Thrones.

In regard to SZA’s dating life, she is currently single but has had a long history with unhealthy relationships and bad boyfriends, as per her the artist herself.

Rowe has had three boyfriends to date, but she is not with any of them currently. She said that her mom wants her to be patient with regard to having relationships.

You may also like: Who is Swedish Singer Tove Styrke Dating? Know Her Boyfriend, Songs, Albums, New Release, Net Worth And Wiki-Bio!

SZA once dated Scott Sasso, the owner of a streetwear company, but she has not revealed when they started dating or how long they dated for.

Rowe also does not discuss guys with her friends, and instead hangs out and has fun with them. She admitted having been keeping thoughts about guys to herself.

The star claimed that she was racially profiled at a Sephora in Southern California while she went shopping. She then tweeted over the incident where she had to make sure to the security that she was not stealing anything. Have a look:

Lmao Sandy Sephora location 614 Calabasas called security to make sure I wasn’t stealing . We had a long talk. U have a blessed day Sandy

Following the incident, the famous singer Rihanna came to rescue and send a generous Fenty gift card to her.

Where is the birthplace of SZA?

How old is SZA?

What is the Nationality of SZA?

Which Ethnicity does SZA belong to?

What is the color of SZA’s eyes?

How tall is SZA?