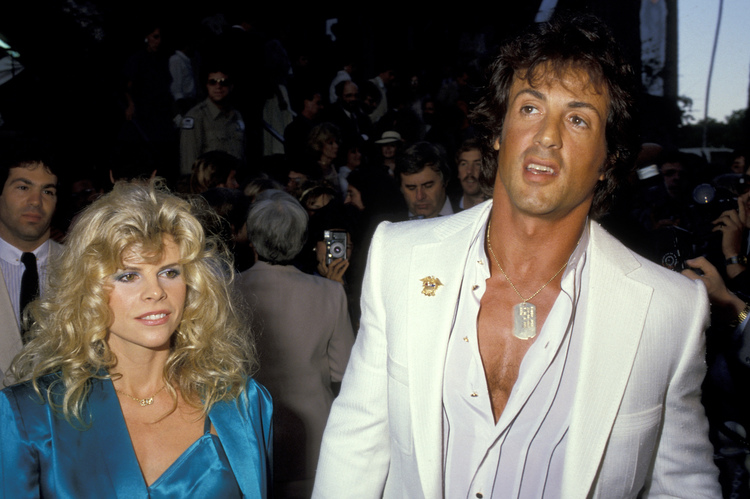 Despite having many hardships in life, Sasha Czack proves herself the strongest and lives her life helping others. With each passing days, Sasha has been more robust and social.  Sasha Czack is an American actress, director, and photographer, famous as the ex-wife of veteran actor Sylvester Stallone. Popularly known for her photography in the movie Rocky starring her former husband, Sylvester which won 3 Oscars, she became successful enough to grasp some roles in films. How is her life after the divorce with her ex-husband, Sylvester?

As we all already know, Sasha Czack is the former wife of famous American actor, Sylvester Stallone, acknowledged for his roles in the action movies Rocky and Rambo. Talking about their marriage, Sasha and Sylvester married each other on December 28, 1974.  They moved to California right after their wedding to build their career.

After that in 1997, Sasha Czack married to Rick Ash. Rick Ash had worked with Sylvester Stallone too. Unfortunately, Sasha Czack divorced from her husband.

Sasha Crack is a beautiful mother to two children from her first husband, Stallone. Her first child, Sage Stallone followed the footsteps of his father and proved himself as an aspiring actor, film producer/director, and distributor. Unfortunately, on July 13, 2012, Sage was found dead at his home. The reason behind his untimely demise is heart disease as per some sources. She was devasted after his death. Somewhere along the line, his death has brought Sasha and Stallone together in some ways. Stallone often visits her with his third wife, Jennifer.

Talking about Sasha Czack’s second child, Seargeoh was diagnosed with autism at the age of three. Afterward, Sasha actively involved herself with the Autistic Foundation. She also left her career as a photographer for her son. However, while looking after her son, she couldn’t save her marriage, and her marriage took an unfortunate turn.

As for now, Sasha Czack is involved in many charities and social organization which work for Autism. Before this, she had a fruitful career which gave her name and fame. Sasha also earned a considerable amount of money from her job. Being the former wife of veteran actor Sylvester, she got a payout of $12 million after her divorce.

Sasha’ net worth is estimated to be around $ 10 million. After having that much of money, she is undoubtedly living a celebrity life.

Born on 17th July 1950 in Chester, Pennsylvania, Sasha Czack real name is Alexandra Jane Czack. Sasha grew up with her siblings in Chester, Pennsylvania. Sasha received a graduate degree in Media Studies from the University of Notre Dame du Lac, US. After completing her graduation, Czack started looking for roles in movies, and TV shows One of her early acting hunts contains featuring in the American soap opera ‘Love of Life’ that aired on CBS network. In 1972, director Frank Perry designated her for the main role American drama film ‘Play It As It Lays’ but Stallone insisted her to stay back in New York to support him in typing screenplays.

She gathered extensive consideration following her marriage with Hollywood actor Sylvester Stallone who had already appeared in lead roles in movies like ‘No Place to Hide’ (1970) and ‘The Lords of Flatbush’ (1974). Later Stallone arose as one of the heartthrobs of millions worldwide fame as one of the biggest superstars of Hollywood with films like ‘Rocky,’ ‘Rambo,’ ‘The Expendables’ and their respective sequels among other films. Among these, she worked as the lead motionless photographer in the 1976 American sports drama film ‘Rocky’ that won three Oscars.

Later she wrote and directed the short film ‘Long Lost Love’ in 1996. Her elder son, Sage made his directorial debut with the American short film drama ‘Vic’ that released on January 1, 2006, where Sasha featured Lilly. She also as a still photographer for her son’ movie. Now she has joined many institutions related to autism.

Sasha is at the age of 67. She owns American Citizenship and belongs to white ethnicity. The height of Sasha is 5 feet. Her birth sign is cancer.