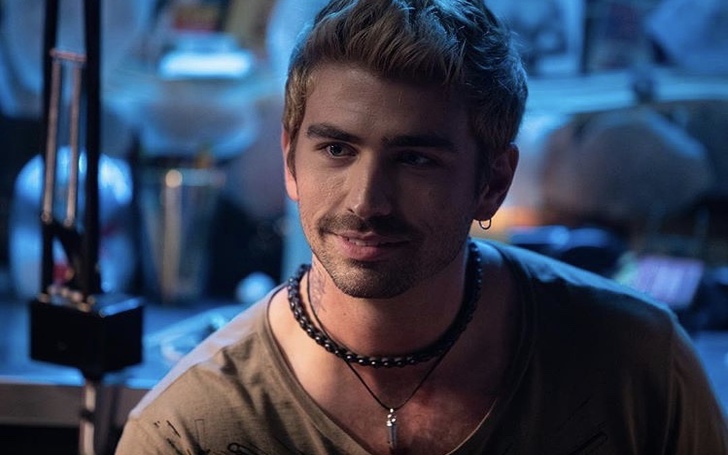 The Austrian origin California based American actor Swen Temmel is an uprising ‘swentional’ actor, in his words, who is known for his roles in movies such as the Backtrace, Turning Point and After.

Temmel began acting at a young age and went on to work in more than eighties projects till date. To become the great actor as he is today he even took extra theatrical classes after finishing his college. Well, with no further ado, let’s learn more about the hardworking and passionate actor in the content below.

Who Is Swen Temmel? Early Life And Background

Born on 25th August 1991 in Graz, Austria, Swen Temmel is an American actor who moved to the United States with his parents in the year 1997. Before his parents migrated to the States, Swen didn’t speak English well nor knew about America and its knowledge, but that soon changed later. And, ultimately, in the year 2018, Temmel earned the right to call himself an American citizen.

Growing up in California which influenced him to become an actor at an early age, Swen went to Santa Monica Elementary School prior to his graduation from Malibu High School in the year 2010.

Following the completion of his high school, Swen then joined Lee Strasberg theatre and film institute where he studied conservatory program for two years and eventually graduated in 2012. Unsatisfied with his acting academic background, Temmel further attended the Groundlings Theatre in Hollywood.

In addition, he also studied Shakespeare for a semester at the Royal Academy of Dramatic Arts in London where its alumni’ name list consists of Orlando Bloom, Kenneth Branagh, Roger Moore, and Anthony Hopkins.

Swen Temmel relishes a successful dating life with his girlfriend of multiple years, Meadow Williams, despite their huge age difference of 25 years. Whilst it’s not exactly known when Temmel began dating Williams, but the couple has been going strong for a couple of years.

Don’t miss: Who is Jamie Renell?

Both of the couples regularly shows off one another with PDA posts on their social media account which earns them tons of compliments and flattery from their thousands of fans.

Like Swen, Meadow is also an actress who made her appearance in films including Den of Thieves, The Harvest, Officer Downe, and Backtrace. As a matter of fact, both Swen and Meadow worked and co-starred in After (2019), based on the book of the same title by Anna Todd.

As for Swen’s relationship history, details information is not available to the public but his girlfriend, Meadow Williams previously shared a married life of five years to her former husband, Gerald Kessler (2010–2015).

What Is The Net Worth Of Swen Temmel?

After‘s actor, Swen Temmel’s net worth comes at an estimated staggering number of $5 million he accumulated from his acting career. The aspiring actor who has been active with working on films, television films, and theatre alongside the notable actors in Hollywood such as Dick Van Dyke, for years made a decent earning.

Swen Temmel’s 2019′ release film, After made on the budget of $14 million successfully amassed a box office profit of $69.5 million. Temmel is expected to have been paid a minimum of $200,000 for the movie plus royalty.

The handsome Swen Temmel stands at a tall height of 6 feet 2 inches (1.88 m) whilst his masculine body weighs 75 kg. Furthermore, the Austria born actor is naturally a brunette who prefers to dye his hair blonde. Besides, Temmel flaunts captivating oceanic blue eyes.

Where is the birthplace of Swen Temmel?

Which nationality does Swen Temmel belong to?

Which ethnicity does Swen Temmel belong to?

What color are the eyes of Swen Temmel?

What is the color of Swen Temmel hair?

What is the net worth of Swen Temmel?