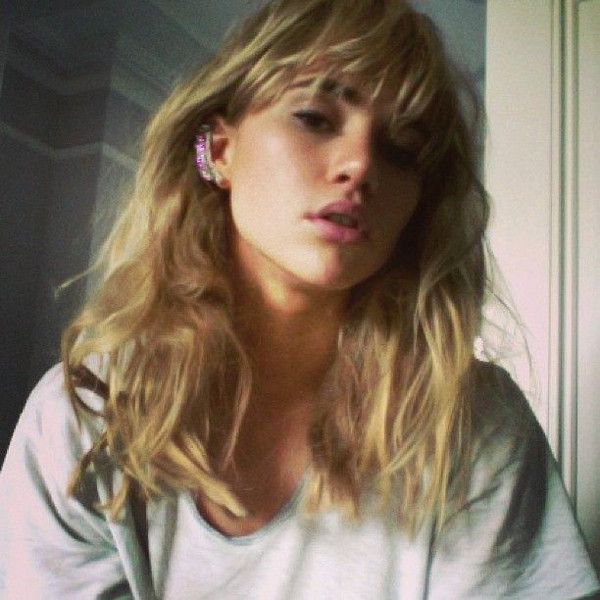 The English actress and model Suki Waterhouse came to the limelight after her movies The Girl Who Invented Kissing and The White Princess. She is also the co-owner of accessories band Pop & Suki. However, Suki Waterhouse dating life is the reason which often creates the buzz in the media.

Suki Waterhouse Dating Affair: Who is Her Boyfriend?

Recently, news of Suki Waterhouse dating the hottest young actor Robert Pattinson has grabbed the attention of people. But neither she nor her rumored boyfriend has confirmed anything about their dating affair.

Suki and her alleged boyfriend were spotted enjoying a date night where the duo was photographed getting cozy together. Some sources are claiming that they are only in the early stages of their relationship, nevertheless ‘definitely into each other.’ A source told E! News:

‘He likes to have fun when he has breaks in between filming and him and Suki have a great time together. He isn’t looking for anything serious right now. But they are definitely into each other.

As of now, Suki Waterhouse seems to be dating her new beau. However, we must wait until the duo makes anything public themselves as Pattinson is keeping things with Suki casual.

She has won the Festival Award nomination at Golden Door International Film Festival of Jersey City in 2017 for her role in the movie ‘The Girl Who Invented Kissing.’ But what’s the figure of Suki Waterhouse net worth?

Alice Suki Waterhouse was born in 1992 in Hammersmith, London to her parents Elizabeth and Norman Waterhouse. Her mother is a cancer care nurse while her father is a plastic surgeon. She grew up along with her brother named Charlie and two younger sisters Madeleine and Imogen in Chiswick, London.

Since her childhood, Suki was interested in acting and modeling. At the age of 16, Suki left her education to pursue a modeling career.

Suki celebrates her birthday on January 5 that makes her age 26. She belongs to English ethnicity and has a striking figure with a height of 5 feet 8 inches.