Stephanie Ready Has Already Married, But Who Is Her Husband? Know Her Net worth, Parents, And Bio Too 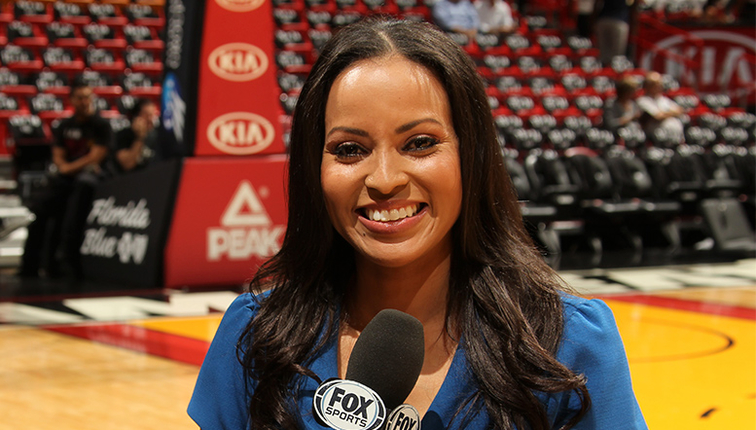 Stephanie Ready achieved a handful of success in the basketball career. She is the first female to coach a professional men’s basketball team and is also the first full-time female NBA analyst.

As a four-year starter for the women’s basketball program, she was a prominent one in the system. Graduating with a degree in psychology, Stephanie was asked to hold off on graduation to help coach the women’s volleyball team. The opportunity made her one of Division I’s youngest coaches.

Also, you might be willing to know the figure of Stephanie Ready net worth.

Well, Stephanie tied the knot with a man named Perry Jones. However, how and when the couple met each other for the first time, the duo keeps their dating affair a secret. As a matter of fact, they are yet to reveal the date of their marriage which already took place.

It seems like Stephanie manages to keep her personal life away from the limelight. She is the mother of two adorable kids together with her husband; a son named, James, and a daughter named, Ivy.

Despite all the progress in her marital life Stephanie keeps her private affairs from the media.

In fact, the duo is rejoicing their married life with their kids without any rumor of divorce, separation or any disputes.

Stephanie Ready Net worth and Career

Stephanie Ready is a sports analyst, a television personality as well as a coach. She is the first full-time female color analyst from National Basketball Association team. She provides in-depth coverage and basketball expertise throughout the NBA season on Fox Sports South East as a part of a three-person booth.

Stephanie used to train a men’s professional league team in the year 2001 as a first female coach for a men’s team. She even worked as an assistant coach for the now-defunct- Greenville Groove of the National Basketball Development League from the year 2001 to 2003.

Stephanie worked for years as the Hornets’ sideline reporter, and as a host on Fox Sports Carolinas. Furthermore, she even got the title of an analyst on 27th August 2015. It made her the first full-time female NBA game analyst.

From the year 2006 to 2007, she was a sideline reporter throughout the first and second series of the Women’s Final Four of college basketball for ESPN2.

With a successful career, Stephanie earns an impressive sum of the amount for herself. Hence, she enjoys a handsome salary and an astonishing net worth. However, the question is, what’s the figure of Stephanie Ready net worth?

As of 2018, Stephanie Ready net worth is under review.

As she prefers keeping her personal life away from work, she hasn’t disclosed any information about her birthdate, family, siblings, and parents. She attended National Cathedral School.

She then went to Coppin State University in Baltimore, where she played basketball and volleyball for the Coppin State Eagles.

Stephanie has a decent height with an attractive body looks. However, there is information about her exact height and weight as well.