Stanley Donen Dies At The Age of 94, Know His Movies and an Overview of His Career 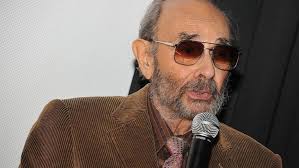 After contributing almost eighty years of his life to the movie industry, American film director Stanley Donen died on 21 February 2019. He breathed his last at the age of 94 following a heart attack in his own home in Manhattan, New York City.

Initially, Chicago Tribune film critic Michael Phillips took to Twitter to reveal the news. He said one of Donen’s sons confirmed the loss of the legendary director. Quoting Phillips, he was “a huge, often neglected talent.”

Confirmed by one of his sons this morning: Director Stanley Donen has died at 94. With Gene Kelly he brought ON THE TOWN and SINGIN’ IN THE RAIN into the world; on his own, 7 BRIDES, CHARADE and TWO FOR THE ROAD. A huge, often neglected talent. #StanleyDonen

The sad news immediately hit the media worldwide. It is true that absence makes the heart grow fonder as he did not receive as much appreciation as he rightly deserved when he was alive. Furthermore, The King of Musicals, Donen used to be the last surviving film director from Hollywood’s Golden age until his passing on Friday.

Truth be told, Stanley Donen never got any nomination for the Oscar Award. However, the Academy Awards awarded him with a lifetime achievement Oscar in 1998. He received the honor  “in appreciation of a body of work marked by grace, elegance, wit and visual innovation.” So, which are the Stanley Donen-directorial movies?

The first movie Stanley solely directed is Royal Wedding (1951). It, however, did not mark the beginning of his successful career in the industry. Instead, it took one more year for him to bring out the best of him in the form of Singin’ in the Rain (1952) which was highly successful at the Box Office. In fact, Gene Kelly was also his co-director.

Official trailer of Singin’ in the Rain

The 1.43 hours movie made a box office collection of $12.4 million which was huge for the ’50s. It has hundred percent ratings at the Rotten Tomatoes whereas 90 percent of Google users liked the film.

One of Done’s most prominent works, Charade (1963) collected $13.4 million at the box office. Likewise, Two for the Road also made $12 million.

His last notable film is Love Letters (1999). He started spending rather a recluse life from his last movie till his death.