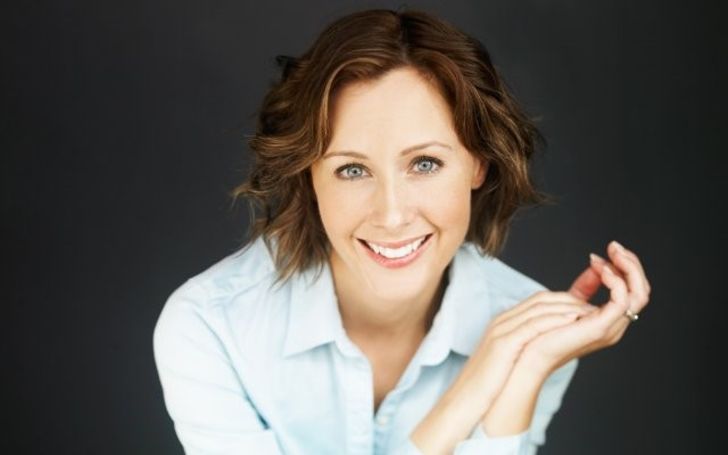 Maintaining the career as an actress and the mother of two children can become a hectic task for many women but Stacie Mistysyn is able to perform this task easily. She has cemented her legacy in Hollywood as an actress and is winning the hearts of her kids as a perfect mother.

Mistysyn is fortuitous as she found the partner of the same profession so they have an in-depth understanding of the job they do and can manage their careers as well as parenting job in a proper way. The duo is successful in making the smooth transition from TV stars to loving and caring parents.

Who Is Stacie Mistysyn?

Stacie Mistysyn is an actress famous for her work as Caitlin Ryan on Degrassi Junior High/Degrassi High and for reprising her role as Caitlin on Degrassi: The Next Generation. She worked alongside Stacey Farber, Paula Brancati, and Cassie Steele in the TV series Degrassi: The Next Generation. Likewise, Jonathan Keltz, Nina Dobrev, Nicola Correia-Damude, Devon Bostick and Luke Bilyk were also the part of thi series.

Mistysyn has dual citizenship as she was born in the United States to American parents but they immigrated to Canada when she was a baby hence, she became a Canadian citizen. Besides acting, Mistysyn also worked as DJ Mistylicious with Amanda Stepto.

Stacie Mistysyn is in healthy nuptial relationship with her husband, James Gallanders, a Canadian actor who has starred in several TV series and films. The couple took the wedding vows on 29 August 2009.

The duo is together for many years and also cherishing their married life for 10 years. This photo is from their youth so they spent a long time together before deciding to tie the knot of marriage.

Happy Holidays – whatever you celebrate- from our family to yours! #tistheseason @kathryngerthphotography @james_gallanders

Stacy Mistysyn’s Nature As A Person: How Is She?

Mother of two kids, Stacy is a joyous person who likes enjoying each and every moment of her life. Additionally, she also entertains her fans not only through her acting but also through her Instagram posts. She posts funny photos with the humorous captions and makes her fan laugh in joy.

My 4-year-old started crying when we told her we couldn't buy this as our family car.

Mistysyn recently shared this photo on January 5, 2019. She captured the expression of her children when they were told that their mommy and daddy cannot afford to buy the red car in the photo as their family car.

Stacie Mistysyn’s Net Worth: How Much Does She Earn?

Stacie Mistysyn owns an estimated net worth of $1 million as of 2019. On the other hand, her co-stars of the TV Series, Degrassi: The Next Generation, Olivia Scriven, and Kaitlyn Leeb have the fortune of $200 thousand and $1.2 million respectively. Similarly her husband, James amassed the wealth of $26 Million through his acting career.

On our way to frivolities and to see a lot of old friends! Bet a lot of you will recognize them… @james_gallanders @pat_mastroianni #reunion #bbq #bouncycastle #friends

The couple owns a car that they use to travel to many places. Stacie and James Mistysyn love to visit different places and restaurants along with their children. With Stacie’s different roles in several movies and TV shows, her wealth is surely going to increase in the upcoming years.

Stacie Mistysyn stands tall with a height of 5 feet 2 inches whereas her co-stars of Degrassi: The Next Generation, Melinda Shankar, and Aislinn Paul have the height of 5 feet and 5 feet 4 inches. Mistysyn weighs about 52 kg with the body measurements of 32-24-34 inches.

Mistysyn has perfectly balanced her slim body. Moreover, she has blonde hair and attractive hazel eyes.

Where is Stacie Mistysyn originally from?

Does Stacie Mistysyn have any siblings?

What is the nationality of Stacie Mistysyn?

What is the eye color of Stacie Mistysyn?

What color hair does Stacie Mistysyn have?