Stacey Solomon: Happy Living Together With Her Boyfriend Turned Fiance And Three Sons But Won’t Marry Her Fiance Anytime Soon 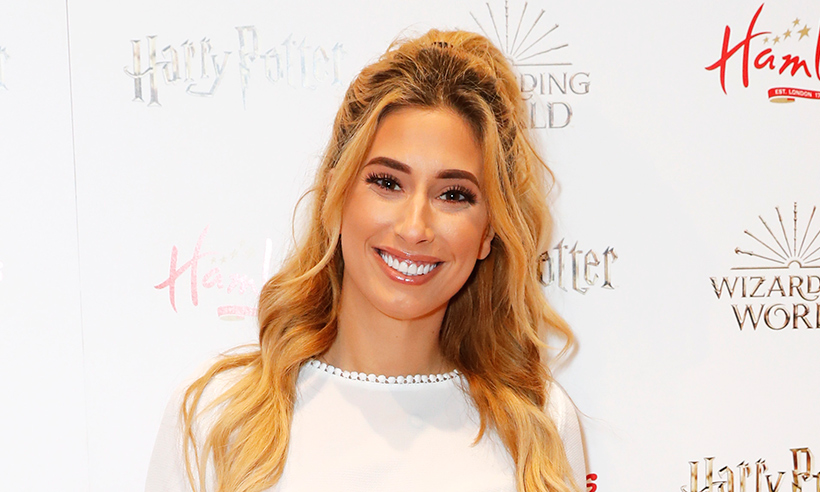 English Singer Stacey Solomon gained recognition after she appeared in the sixth series of the X Factor. With her incredible voice, she was able to secure the third position on the show. Besides that, she is also a TV presenter. The Loose Women panellist recently made headlines after she embraced her extra tummy fold in an orange bikini, enjoying the sunshine and posted the picture on her Instagram page. Because of her honesty and keeping her body real, she has been praised by lots of fans.

Stacey Solomon is currently in a relationship with English presenter & actor, Joe Swash. Joe is famous for his role as Mickey Miller in BBC One soap opera EastEnders. The pair started dating in November 2015. So far, their relationship seems very good and healthy.

Caption: Stacey Solomon with her family.

Previously, Solomon was engaged to Aaron Barham. She also has a son, Leighton Barham, with her ex-fiance, Barham. However, the pair went their separate ways after being together for four years without even getting married.

At first, Solomon was in a relationship with Dean Cox. She also shares a son, Zachary Solomon with her childhood friend, Cox. But due to some personal stuff, they broke up after two years of relationship. There were also rumors that Solomon once dated British-born American actor, Steve-O. However, both of them never confirmed it.

For now, Stacey is happy living together with her two sons and boyfriend, Joe. Joe also has an eight-year-old son, Harry, with his ex-girlfriend Emma Sophocleous.  She got engaged to her boyfriend, Joe in October last year but she admitted that she wouldn’t marry her fiance anytime soon. Stacey is worried that the marriage with Joe could affect the economic stability she and her sons have.

Stacey even mentioned that she’d feel guilty if she gives birth to another child with Joe. Hence, she has decided not to have any more children. According to her, it’d be harsh and heart-breaking if her two sons had a sibling who lives with their biological father when her sons don’t.

No wonder, Stacey is quite open and real when it comes to her two sons, Zachary and Leighton. She does care about her sons’ future and their upbringing.

How much is Stacey Solomon Net worth?

Stacey is a professional singer, and she has released some songs which have done pretty good. Back in 2015, she released her album ‘Shy.’ Besides that, she has also appeared in television shows. She appeared in the tenth series of the reality show I’m a Celebrity…Get Me Out of Here! Currently, Solomon is living a lavish lifestyle with her family. Judging by her career, there’s no doubt that Stacey Solomon net worth is on a higher scale.

But what’s the figure of Stacey Solomon net worth?

As of now, Stacey Solomon net worth is estimated to be $900 thousand.

After her graduation, Solomon auditioned for the sixth series of the reality TV music competition, The X Factor where she received positive reviews from the judges.

During her time in The X Factor, Solomon sang many songs. Out of all the contestants, she was able to achieve the third position which was a massive achievement for her. Similarly, she gained a number one single on both the UK Singles Chart & the Irish Singles Chart. Her popularity from the show encouraged her to begin a career in music fraternity.

Following her career, Solomon won the tenth series of a TV show I’m a Celebrity…Get Me Out of Here where she was named as “Queen of the Jungle.”

On April 2015, Solomon released her first debut album, Shy after covering a song “Driving Home for Christmas.” During that period, she rose to fame & earned wide attention from her fans.

In 1989, Stacey Chanelle Claire Solomon was born in Dagenham, London. People professionally know her as Stacey Solomon. She celebrates her birthday on October 4th that makes her age 28.

She was born to David Solomon, a photographer & Fiona Soloman, a nurse. When her age was only nine, her parents got divorced. She then started living with her mother. She also has two siblings: a sister, Jemma Solomon, and a brother, Matthew Solomon.

Stacey graduated from the King Solomon High School. She belongs to the white ethnicity.

Her zodiac sign is Libra. She has a well-maintained body with a height of 5 feet 6 inches.

English singer I'm a Celebrity...Get Me Out of Here Joe Swash X-Factor