Sports Journalist Jason Whitlock Claimed Odell Beckham Jr To Be Overrated Player and is Popular Only for His Hair! 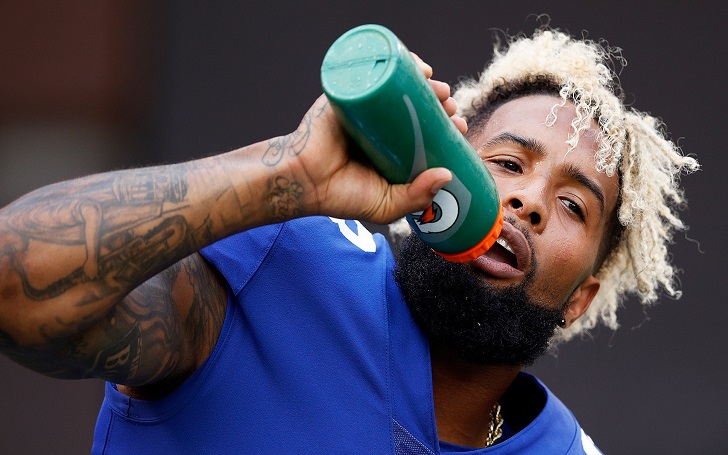 New York Giants wide receiver “Odell Beckham Jr.” is one of the best athletes in the NFL. This fact is beyond the shadow of any doubt in the biggest sports market. But Jason Whitlock has his own opinion of Beckham.

"Odell Beckham Jr. is the most overhyped, overrated player in the NFL." —@WhitlockJason and @RayLewis debate pic.twitter.com/OL5iTnnv01

Caption: Jason thinks Beckham is the overrated player in the NFL, 31 July 2017.

After the proclamation of Beckham, desiring the biggest contract in the entire league, Giants owner “John Mara,” lately, responded by saying:

He deserves to get paid.

We’re going to pay him. It’s just a question of when we enter into the contract. I don’t have a timetable on it right now. I just don’t feel like there is any need to rush into it. But he is going to end up getting paid.

On Monday’s edition of Fox Sports 1′s show ‘Speak For Yourself, Jason Whitlock unleashes shock comments while Jason and Collin Cowherd got engaged in a debate about the New York Giant wide receiver “Odell Beckham Jr.”

When co-host Cowherd expressed his views on Beckham Jr. is not only a great player but the New York’s most fascinating sports player, ESPN former host “Jason Whitlock” argued on the subject and gave a shocking comment:

You’ve fallen for the okey-doke. Odell Beckham Jr. is the most overhyped, overrated — and he is a great player but he is overrated. You put him and Carmelo Anthony in the same room and watch what happens. It isn’t even close. If Odell, not for the blonde hair, people wouldn’t even know who the hell Odell Beckham Jr. is.

The comment from Jason Whitlock completely contradicts from the popularity standpoint situation of Beckham Jr. But in Jason’s eyes, he has been given the “okey-dokey.”

On July 5, 2017, Jason Whitlock also debated whether the Giants have to pay Odell for the long run. He also talked about Odell’s tattoo with Mike Tyson and made a laugh on the subject.

.@EricDickerson to @WhitlockJason: Odell Beckham Jr. is a player that comes along once or twice in a lifetime. The Giants have to pay him. pic.twitter.com/fgyQtoctNk

Caption: Jason talks whether the Giants have to pay Odell for a long run, July 5, 2017.

Some personnel thinks Jason’s hatred towards Odell is kind of personal and one of them tweeted:

Well, there has been a tweet where it explains that people will not be able to see one hand catches from Beckham:

It is yet to find out how Odell will respond to such a harsh comment of Jason. It is to the will of Odell to prove Jason wrong and stand out as a victorious player.

Will Odell be the highest paid player, or his name will dwindle when the blond trend fades away, we will find out in future days.

All the fans are waiting for Odell to stand up to the expectations.