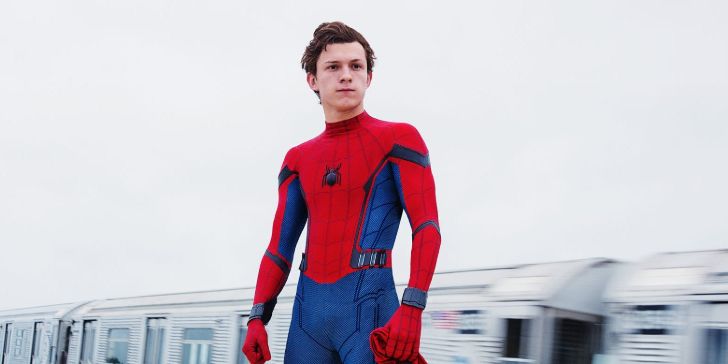 Only a few people get the real taste of fame at a tender age. Tom Holland bagged some of the phenomenal roles in Hollywood making him one of the most famous actors at a very young age. Holland rose to prominence with his role as Spider-Man in movies like Captain America: Civil War (2016), Spider-Man: Homecoming (2017), and Avengers: Infinity War (2018).

Tom Holland is the most talked about celebrity of modern times. So, let’s quench the thirst of curiosity about his personal and professional life including his Dating Affairs, Age, Career, Net Worth, Movies, Brothers, and More.

Tom Holland’s Relationships; Is He Dating Someone?

Tom Holland is a young person and is active in his dating life. Sources reported that Holland was dating his Spider-Man costar Zendaya Coleman, who also had rumors of dating actor, Trevor Jackson, since July 2017.

Nevertheless, The Spiderman: Homecoming stars were caught together several times while on a date in fancy restaurants. However, the duo claimed that they were together just for a shoot or to promote the upcoming movie.

Moreover, Tom hasn’t confirmed his relationship as of yet, so, there is a lot of room for speculation among fans.  Holland expressed that he is currently focusing on his career rather than his love life as of now.

Apart, the star revealed that he moved out of his parents’ house in 2017. He revealed it on The Ellen Show.

On 26th July, 2019, the Spiderman allum and Zendeya unintentionally wore matched outfits with each other. While stepping out for a lunch in California, Zendeya was the epitome of cool in a blue denim jacket, cropped white T-short and high waisted plaid pants.

As it turns outm even Tom pretty much wore the same outfit earlier this month.Tom and Zendeya’s outfit were basically carbon copies of one another. It seems like Tom probably have a habit of matching with his lady friends.

Tom and Zendeya aren’t dating but they’re good friends. Just the next day, Holland was spotted with his latest girlfriend at a music festival and matched with her too. Surpriningly enough, they both wore all-black ensembles.

Tom Holland’s Net Worth and Career

Tom Holland has accumulated a whopping net worth of around $4 million. In the year 2019, Holland collected his massive wealth through his short but fruitful acting career.

To add up, He starred in one of the major roles in the superhero movie Captain America: Civil War which grossed over $1.1 billion worldwide and also became the highest-grossing film of 2016.

Holland also portrayed a significant role in Avengers: Infinity War. The movie earned upwards of $2 billion worldwide making it one of the highest grossing movies of all time.

Don’t miss: Gwyneth Paltrow: Engaged To Her Boyfriend After The Divorce With Her Ex-Husband

Also, Tom is a car fanatic and has a wide variety of collection of some sweet rides. He boasts an Audi R8, an Aston Martin and a Bugatti Veyron among many others in his fancy collection.

Tom Holland commenced his film career when he contributed his voice to a character, Sho in the English version of the popular Japanese animated fantasy Arrietty, in 2011. His groundbreaking role came when he starred alongside Ewan McGregor and Naomi Watts in the disaster drama film, The Impossible.

Smiles all round in London #infintywar

As a matter of fact, He first appeared in TV after appearing in four episodes of BBC‘s Two TV series Wolf Hall. His career explored new heights after he starred as Peter Parker in Spider-Man in Captain America: Civil War in 2016.

Furthermore, Holland also gave justice to his roles in movies like Spider-Man: Homecoming, Avengers: Infinity War, In the Heart of the Sea, and The Lost City of Z.

He will appear in movies like Spider-Man: Far From Home, Avengers: Endgame, Chaos Walking, and Onward.

The trailer to Tom Holland’s Spiderman: Far From Home released this week, on Jan 15, 2019. Have a look at the trailer for now!

Did you enjoy the trailer? Well, the Spiderman trailer sure is enjoyable, however, did you get any question while looking at this trailer? As it was, in Avengers Infinity War, Tom Holland AKA Spiderman, vanished to ashes but, in this trailer, he is pretty much alive!

Likewise, another thing that struck us might be the exclusion of Robert Downey Jr. AKA Tony Stark (Iron Man) in this teaser. Does this mean, Iron Man dies in the endgame? What are thoughts on this?

In 2019, the trailer of Spider-Man: Far From Home has released. If you are interested, check out this video:

From his recent movie, Spiderman Far From Home, he might have made a huge amount of cash. His movie with Jake Gyllenhaal earned over $71 million in China in the opening day. Up until now, on July 2, 2019, the movie has made as much as $110,769,355.

Tom Holland was born as Thomas Stanley Holland on June 1, 1996. He was born in London, England. His parents were mother Nicola Elizabeth and father Dominic Holland.

Holland’s father was a comedian and mother was a photographer. He shared his childhood with his brothers Sam, Harry, and Patrick.

Holland is very close to his siblings. He sponsors a non-profit organization, The Brothers Trust, along with his brothers, which raises money for charitable causes.

You may also like: James Gunn Sacked; Who is he dating after divorcing the first wife? Know his Married Life and Divorce Issues

Moreover, Tom went to a Roman Catholic preparatory school, Donhead Preparatory School for his early schooling. He attended Wimbledon College for his university education and graduated in 2012. Holland went on to study the nuances of acting and dancing at the BRIT School for Performing Arts and Technology.

To add up, he is active in the social media platform Instagram with upwards of 13 million followers. Tom Holland keeps his fans posted on his private and professional life through his account.