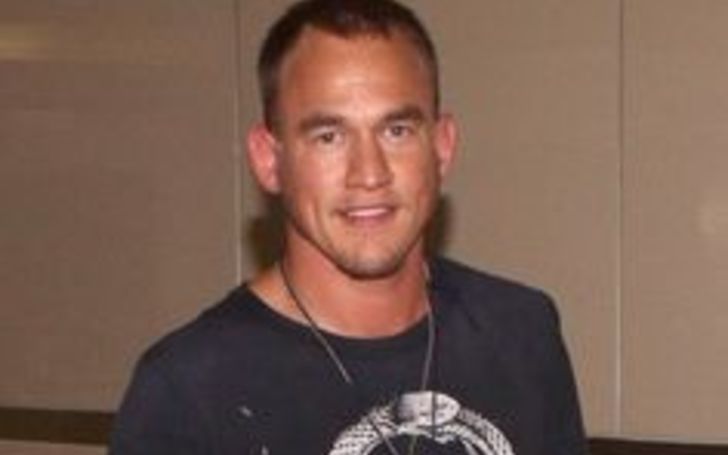 Many of you may have heard about American rapper and hip-hop artist Marino Tradeway. He is professionally known as Souleye. He is mainly known as a life partner of Alanis Morissette, an American singer, actress, and record producer. Below we provide you all the information about an American rapper.

Souleye with the birth name Mario Tradewat was born on 3 May 1980 in Sturbridge, Massachusetts. His father was of partial Native American ancestry where his mother was of Italian American descent. There is no much information about his parents and siblings. But, some online sources state that his older brother has died by committing suicide.

And talking about his education, in 1999, he had completed his high school. He started to rap since his high school years. After finishing high school he then joined Western New England College. After 1 year, he dropped out of college to focus on rap.

As we mentioned above, Souleye started to rap since he was in high school. So, he started his professional career as rapping since his teenage. In 2001, to pursue his career, he started to create and perform with hip-hop artists called Transcendental Alliance. After a few years of working with Alliance, he released his album ‘Soul Sessions’ with the underground hip-hop artist Campaign.

Then in 2003, he wrote the album ‘Flexibility Morality’ to tribute his best friend who was died because of cancer. He released another album ‘Universoul Alchemy’ in 2004. It was the same year that his older brother committed suicide. In 2007, he joined the San Francisco based electronic band BLVD. And he recorded the album ‘Music for People’ with them. While working with the band, he toured until 2009.

After the ‘Guardian Angel’ tour, he continuously collaborated with Morissette, his wife since 2012. Later he released his album ‘Iron Horse Running’ in 2013 and ‘Identified Time’ in 2014. In November 2016, with the song ‘Follow Your Heart’, he debuted his single. In 2017, with his wife, they recorded the first single ‘Snow Angel’.

We already mentioned above that Souleye, an American rapper has married Alanis Morissette, a Canadian-American singer, and actress. His spouse rose to fame from her 1995 album ‘Jagged Little Pill’, which was sold more than 33 million copies. They first met in 2009 at a meditation gathering in Los Angeles. Since then, they started dating.

After dating for a year, they married on 22 May 2010. The lovable couple gave birth to the first child, Ever (Son) on 25 December. Then on 23 June 2016, they gave birth to the Onyx (Daughter) and Winter (Son) on 8 August 2019. As there is no information on their separation, currently they may be spending their quarantines together. To know more about his private life, visit his Instagram.

Souleye’s Net Worth and Salary

And talking about Souleye’s net worth, he may have been earning a profitable amount from his rapping career. He has already recorded ten albums. As of 2020, the rapper has a net worth of around $45 million. And according to some sources, the earned $54k annually through his career.