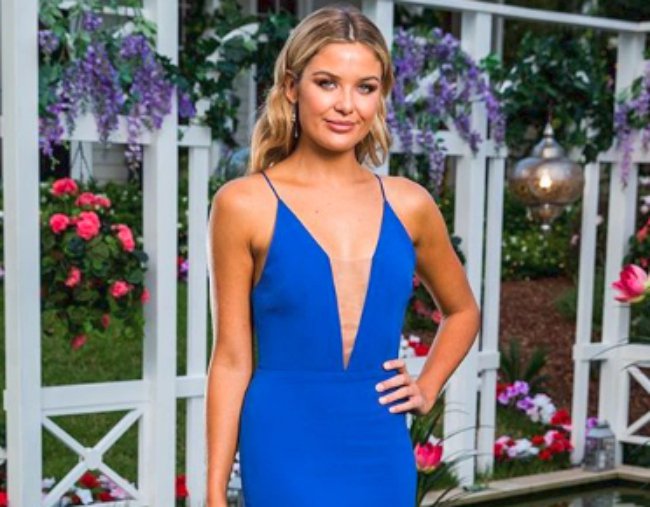 The audiences and those who are on television are convinced that Brittany Hockley won the heart of Nick Cummins in The Bachelor, with Sophie Tieman in the second place. But recently, spectators have come up with a theory that everyone has miscalculated everything because Sophie is the real last girl standing.

Sophie Tieman, an Australian model, is the frontrunner of the season 6 of The Bachelor. She competed against 24 other contestants to win the heart of Nick Cummins, who is a former Australian Rugby player.

Everyone is speculating that Sophie Tieman is the alleged winner of The Bachelor Australia season 6. Fans were quick to notice Nick, trying to get close to Sophie from the first episode. The duo even did a solo yoga photo shoot.

Correspondingly, Sophie is also giving some hints as she recently moved to Brisbane to Sydney where Nick lives. She also showed off a big engagement ring on her Instagram.

Before coming to The Bachelor, Sophie was finding her love of life back in Brisbane.

She has taken pictures with many male models, but none of them was her official boyfriend.

Avocados and a red rose, what more could a girl ask for!🥑🌹 @thebachelorau #TheBachelorAu

On the show, there was a controversy between Cat Henesy and Sophie. The disputes emerged because both the contestants had dated a same guy in the past. Even though the name of Sophie’s ex-boyfriend hasn’t been identified, both the girls were seen with Tim Crooks.

A few dates a month or two before the show and it never eventuated into anything that’s all there really is to it. He’s a nice guy but at the end of the day, I was on the bachelor because I hadn’t met Mr. Right.

Currently, the rumor of the engagement between Nick Cummins and Sophie is all over the internet, and it is clear that Nick wants to make her his life partner.

Sophie Tieman was born in the year 1993 in Brisbane, Australia. Her exact date of birth hasn’t been revealed, but she is 25 years old. She has a tall height of 5 feet 7 inches. Nothing is known about Tieman’s family and parents.

Sophie was criticized for her use of lip flippers as the media found some of her old pictures where she is completely unrecognizable. She told Who Magazine that she had been insecure in the past and even claimed that it was the only thing she had done.

Sophie works as a commercial property valuer. As a part-time job, she is also does modeling. She even runs Instagram page Two Corporate Girls with Beckie.