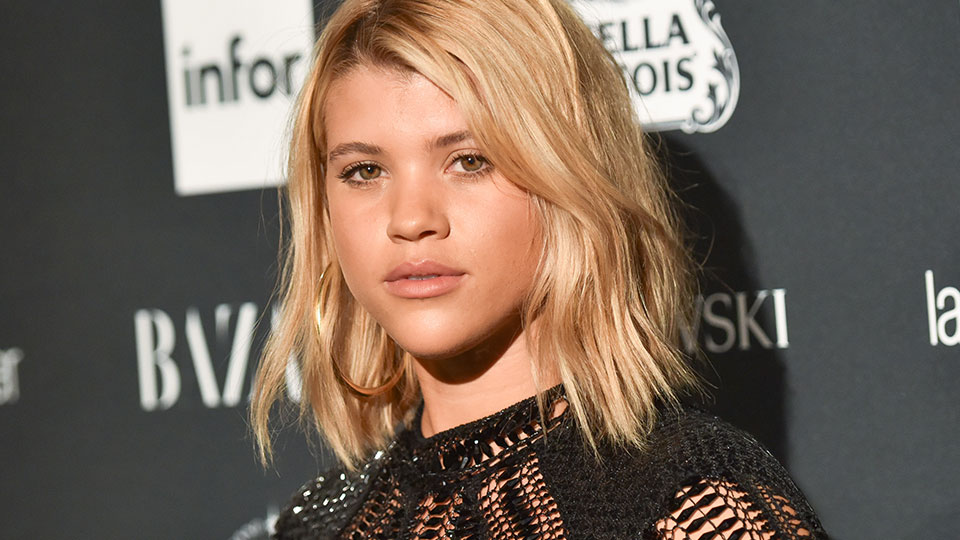 Teen stylist/model Sofia Richie is doing wonders at a very young age. Being Lionel Richie’s daughter, Sofia has always been grabbing the spotlight. Earlier, she made the headlines for her on and off relationship with Justin Bieber. Now it seems like Sofia is recently seen with someone way much older than her age.

The aged guy is none other than Lewis Hamilton. They both are known to be the trendsetter in the fashion industry. Let’s get more updates on how did they look together as a couple!

Sofia Richie in Lewis’ Porsche, are they dating?

20-year-old blondie Sofia Richie was spotted on a lunch date with Lewis Hamilton on 10th of May. They both arrived in style as the proud Porsche owner paraded his Car along with his dog Coco.

They headed towards West Hollywood in a place named Cecconi’s eatery. They both were involved in different serious love affairs of their own in the past.

Lewis is aged 34 and Sophia 20; we wonder how their conversation flows past their 14 years of age gap. They weren’t spotted holding hand at least. We wonder what papa Richie has to say about this relationship.

There have been no actual confirmations from the couple themselves yet, like if they are dating or not and neither Sofia has come forth and confirmed that Lewis is her boyfriend, but we feel like we are going to get some announcement soon.

Sofia recently was spotted having quality time with Kourtney Kardashian’s ex Scott Disick. Scott is reportedly a recovering substance addict who just had his split from Bella Thorne a few days ago. Sofia and Scott were pictured in a yacht during Cannes as they partied on the occasion of Scott’s 34th extended birthday celebrations.

After the rumors of them dating started circulating, Sofia felt the need to clarify the matter. She posted on Twitter saying,

“Just so everyone can get their panties out of their asses, Scott and I are just homies.” But it does the entire world believe on it? Is she really enjoying the company with people a lot elder than her age?

Sofia previously dated Canadian pop singer Justin Bieber during her 18th birthday in August 2016 where they got their head start for their relationship.

They even traveled together as a part of Justin’s Purpose World Tour. A lot of drama was created during their dating period as Justin deleted his Instagram account for a while when backlashed by his believers. Things cooled off and finally ended for them after a few months.

Sofia is soon to turn 21 this August 9. Sofia being the daughter of legendary singer Lionel Richie and his ex-wife Diana Alexander is a rising model who is currently modeling for Madonna’s fashion brand.

Yes! Her father is the famous singer who gave the classical vibe on his songs “Hello,” “Dancing on the Ceiling.”

Although she is more into modeling lately, her real passion lies in music as she goes to the studio regularly with her father and they both write songs together.

At the tender age of 20 Sofia’s net worth is a whopping amount of $3 million as per sources, and she is yet to achieve success in her field.

We wish Sofia more of her success in the upcoming days of her modeling career. We finally should be able to hear her sing like her dad someday.