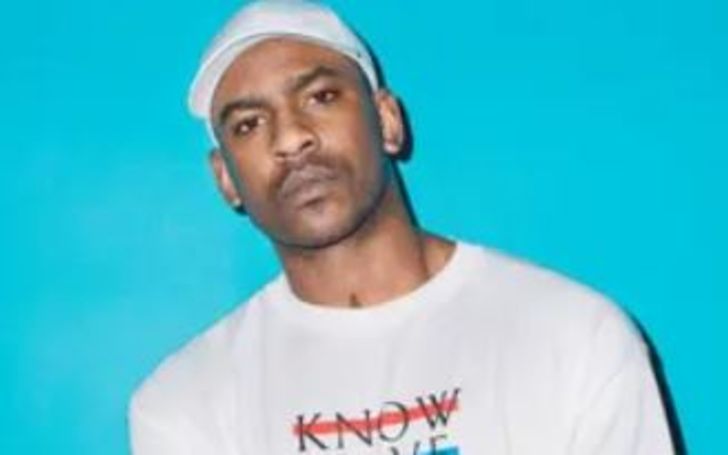 Joseph Junior Adenuga Jr. also known as Skepta is a Mic Controller, rapper, producer, and songwriter from Tottenham. To this day, he has contributed to labels like Boy Better Know, AATW, and Island.

The rapper’s influence skyrocketed when he won the Mercury Music Prize in September of 2016 for his album Konnichiwa. He is the first Grime winner since 2003.

When it comes to the matter of romantic partners, Joseph has quite an astounding history. He has dated some major music celebrities and models. All of his affairs might not have surfaced the media but some were too bright to hide from the public.

The rapper’s first public relationship started with Naomi Campbell. The two explored their love life from 2016 to 2018. Their relationship was quite popular among the fans.

The two had an open affair with several public sightings including their appearance in NME Awards in February of 2018. Their fling had spread the internet from 2018 after Skepta posted a photo of the pair cuddling.

The two also involved in a photoshoot by GQ Magazine in 2018. The photos were quite bold as both the lovers got clicked semi-nude. Their theme was none other than Skepta’s clothing line MAINS.

Naomi and Skepta’s association ended somewhere in 2018 with reasons unknown. Some speculate that the birth of his daughter River acted as the catalyst.

The rapper had shared a sonogram of the baby just after six months of dating model Naomi Campbell. He shared the news via his Instagram but did not reveal the mother’s name.

As for Naomi, she has not shared any baby bump on her photos. So, it is safe to say that Joseph had a you-know-what relationship with some other woman.

After the relationship of Joseph and Naomi crumbled down, the rapper got entangled with some rumors in recent years. People believe that the Mercury Award winner hooked up with Chloe Ferry.

In an interview dated 2016, Chloe confessed that she met the rapper on her trip to Ibiza. She added that she was totally drunk and kissed the man in the heat of the moment.

The Geordie Shore babe said that she had not talked to the Grim artist after the incident. So, we might not get any more treats from their relationship any time soon.

Another rumor that spread the internet like wildfire is Joseph’s and Adele‘s potential romance. The thing started in the fall of 2019. So, what ignited the fire?

Well, the 31 years old singer attended Skepta’s 37th birthday in September this year. The DailyMail revealed that the two were pretty cozy with each other throughout the ceremony.

Neither Adele nor the rapper has commented on the matter. So, the only thing we can do is wait until the fog is clear.

Joseph boasts an estimated net worth of $4 million. His major source of income is undeniably his record labels and concerts.

As for his career journey, he embarked on this line of work with Meridian Crew. He was basically a DJ and released several Instrumentals during this time. The crew disbanded in 2005.

Moving on, the rapper joined Roll Deep along with his brother JME, which became the foundation of Boy Better Know record label shortly after. He stepped into the world of MCing as a result of Wiley‘s advice.

As a part of the band, he released a self-titled mixed tape and his first official album Greatest Hits on the 17th of September, 2007 through his own label.

Joseph released his second album Microphone Champion on the 1st of June, 2009. The album was a great success and several of its songs made its way to Billboard charts.

Following the huge success of his tracks, the rapper hit the industry again in 2011 with his third album Doin’ It Again. Some of his noted singles from this album are Bad Boy, Rescue Me, Cross My Heart, and Amnesia.

With several other projects with numerous artists in between, Junior released his fourth studio album in 2016. His album Konnichiwa translated to Hello in English and celebrated massive success.

On a side note, the rapper is endorsed by a Japanese clothing brand called Uniqlo. He announced the news in 2015. The statement got followed by a performance in one of London’s stores.

Skepta’s 2016 release It Ain’t Safe got a lot more attention with his inspirational cues from NWA. In the song, the main hook is shouted by none other than Young Lord or A$AP Bari.

Skepta has collaborated with the Nike shoe brand for almost two years now. His first association dates back to 2017 when they launched the Air Max 97 UL followed by the Air Max 97/BW hybrid in 2018.

The team returned in September of 2019 with a new model. This time the hype is all about the iconic SHOX silhouette. The shoe got launched with the moniker SK SHOX.

The all-new model started its official sales from the 12th of September. Skepta revealed that the motivation behind the design is his trip to Manchester.

The rapper further shared that the shoe could be found on every street and looked very appealing to him. On associating his name with this particular design, he could always remember his trip to the north.