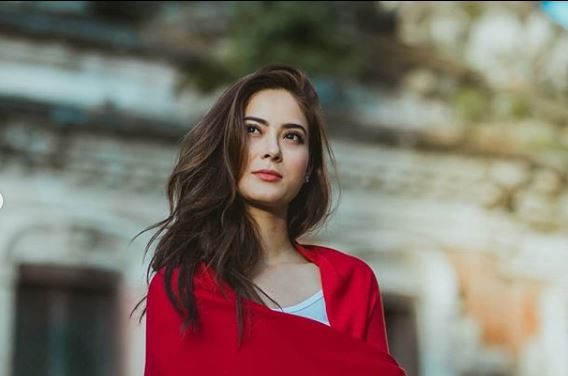 Shrinkhala Khatiwada is a Nepali beauty who won the Miss Nepal 2018 competition. She is originally from Nepal, a country of Lord Gautama Buddha and world’s tallest mountain, Mt. Everest.

Shrinkhala is an architect by profession, who rose to fame after winning the 24th edition of Miss Nepal beauty pageant title in 2018. Most recently, she represented her country Nepal in Miss World 2018 in Sanya, China.

After Shrinkhala became the winner of Miss Nepal 2018, she has been active in social works. She traveled to different places and initiated fundraising and awareness programs. She even started long-term humanitarian welfare programs in Nepal. For the Miss World 2018, she featured Gosaikunda, an alpine freshwater oligotrophic lake in her introduction video.

But Shrinkhala could not accomplish the dream of taking the beauty pageant title back to home country, Nepal, as her run ends at top 12 in Miss World 2018 finals, on 8th December.

Shrinkhala represented Nepal in Miss World 2018 in Sanya, China. She officially won the Head to Head challenge and bagged Multimedia Award title earlier. She made it to the list of Top 12 contestants.

In one of the recent videos, Shrinkhala conveyed thanks to her heart to all the Nepalese and extended her love. She revealed that the support had given her the immense moral pressure, which she shall try her best in fulfilling the dream of achieving the Blue Crown of Miss World 2018.

Who is Shrinkhala Khatiwada Boyfriend?

Shrinkhala is quite protective of her boyfriend and love affair. She has always been open to helping the needless and raises social awareness over social media. However, she has never officially confirmed her dating status or revealed her boyfriend to the public.

You Might Also Like: Update On Miss World 2017 1st Runner Up Andrea Meza: Who is Andrea Meza Boyfriend? Is She Dating?

As your loved ones tend to support you in your greatest achievement, her alleged boyfriend, Prasanga Pant too couldn’t stop himself from supporting his girlfriend via social media. Recently, on Shrinkhala’s 23rd birthday, he posted a picture with her and wrote a special caption for a special person.

At the end of the caption, he even pledged that he would make sure to do whatever it takes to turn all her dreams into reality. Isn’t it romantic?

Following the post, many fans even blessed the couple and wished for their lifelong journey. Fans are more than happy for Shrinkhala who has such a sweet boyfriend. But do remember that she has yet to announce him as her “boyfriend” publicly on social media or at any events.

Shrinkhala Khatiwada was born in the year 1995 in Hetauda, Nepal. Her birthday falls on 3rd November, which makes her age 23. She has a decent height of 5 feet 7 inches.

Shrinkhala was born to her parents- Birodh Khatiwada and Munu Sigdel. Her father, Birodh is a CPN(UML) leader who was elected as a member of central parliament from Makwanpur Constituency no. 2 in 2017. Likewise, her mother, Munu is a President of CPN (UML), Makwanpur District as well as a member of state parliament of Province No. 3.

Furthermore, Shrinkhala grew up with her older brother, Bimba who currently resides in Australia. She lives in Thalsikhel, Lalitpur with her parents and grandparents.

Also See: How Much Is Eric Mabius’ Net Worth?

Shrinkhala attended Hetauda Academy and joined Goldengate International College for higher education. Similarly, she went to study architecture at the Institue of Engineering, Pulchowk Campus and has won many Architectural Design Competitions.

Besides, Shrinkhala is fond of writing and poetry while her dream is to be the first Lady Prime Minister of Nepal.