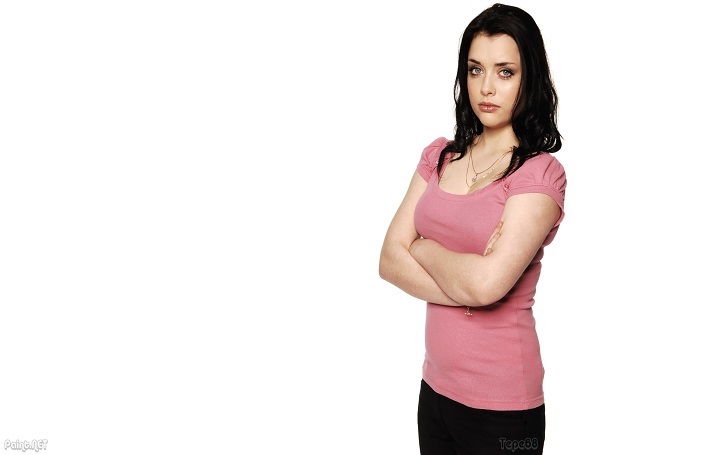 Life is a mess when cherished relationships disappoint us, but at the same time, there’s always a second chance to look at life positively. The second chances are to be embraced if one wants to come out of the misery.

British actress Shona McGarty proved herself to be the strong one by getting over her previous heartbreak caused by her co-star in East Enders, Matt Lapinskas. Let’s go back to the story of the ex-couple for better insight.

With her acting skill and beauty, Shona has won over the hearts of millions. Matt Lapinskas went out with Shona back in 2011 and didn’t hold back to show their romance in public. An evidence of the fact was spotted when they shared a passionate kiss after Matt’s performance on the show, “Dancing on Ice.” She went there to cheer him up for his performance.

Though they were flawless when they dated, the couple took separate ways in the relationship. The assumption that it was because of Matt’s closeness with Brianne, a professional skater and Matt’s partner in the show was brought to an end when Shona asserted the claim as wrong.

‘Thanx 4 support guys! Yes its true Matt and I have split but it has NOTHING 2 do with Brianne. Clear head and new beginnings! Mwah xx,’

The tweet she did was later deleted, to avoid further controversy

But back in the year 2014, Brianne shockingly stated that Matt cheated on Shona while on Dancing On Ice. Talking about the affair, Brianne added,

‘He pursed me behind Shona’s back. Lots of people warned me but I didn’t listen.’ ‘I’ve stood by and lied for him about when we got together as I loved him and didn’t want to hurt Shona.’

All of this situation and cheating by her boyfriend was very shocking as well as traumatic for Shona. But as we know life moves on and so did Shona. After her breakup with Matt Lapinskas, she now has a new boyfriend.

Moved on With New Boyfriend!

Her new boyfriend, none other than famous singer Ryan Wilkins. The two began dating in 2013, and a source added,

“They’ve known each other a short while and things are going well. “She wasn’t looking for a relationship as she’d just split up from Matt and they were very much in love.

“But she and Ryan have bonded over their love of music, as she also sings and would love to be a recording artist. “He’s a good-looking guy and things just fell into place. “It’s early days but they’ve got more dates set up and he’s keen for her to see his band.”

Furthermore, Ryan wishing Shona on her birthday was a prime clue to how much Ryan loves Shona.

Happy birthday to my amazing girlfriend @ShonaBM have a lovely day love u. 😘😘😘😘💋💋💋

It is good to know that Shona has now moved on from her traumatic past and has a loving boyfriend to cherish her.

McCarthy was born as Shona Bernadette McGarty on October 14, 1991, in Borehamwood in Hertfordshire. Shona is mostly known for her beautiful performance as  Whitney Dean in the BBC EastEnders.

Before entering in the movies Shona spent six years in amateur musical theatre and also did acting in productions of Alice and Wonderland and The Wizard of Oz.

Talking about her family and parents, her mother is Jennifer McNamara and father is Patrick McGarty. She also has a sibling, a sister Camilla McGarty. Further detail of Shona family is not revealed by the actress. Now talking about the net worth of this Irish Beauty, she has not exactly revealed her net worth in figures. But looking at the growing career and fame of her she must earn in millions.