Skip to content
Home » Entertainment » Shelby Rabara Is Expecting Her First Child With Her Husband; Know Her Age, Family, And Height

Shelby Rabara Is Expecting Her First Child With Her Husband; Know Her Age, Family, And Height 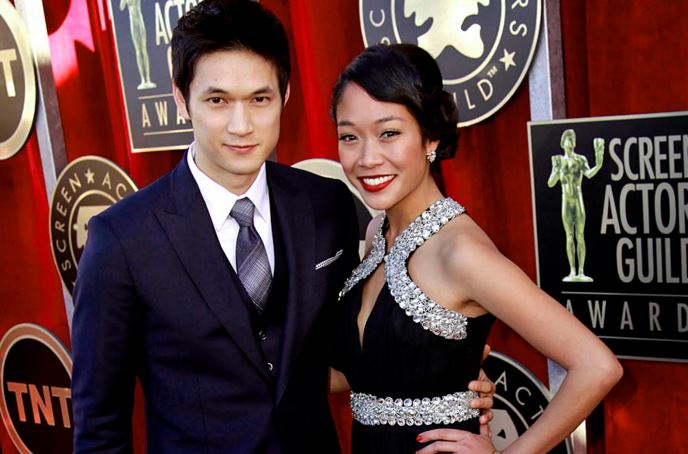 Shelby Rabara is a Filipino-American actress and dancer, who has appeared in many television dramas, films, as well as commercials. She is famous for her voice over in the Cartoon Network series titled Steven Universe as well as for portraying the role of Mia in the drama Awkward.

Shelby has performed in many television shows like Grounded for Life, Cold Case, Greek, My Name is Earl, Community, CSI: Crime Scene Investigation, and Viva Laughlin. She has also contributed to the big screen and has acted in several movies, the popular ones being Spring Breakdown, 17 Again, and many more.

Shelby has good news to share with her fans. She is pregnant with her first child. But who is Shelby Rabara husband? And, when is she expecting the child? Let’s find out along with Shelby Rabara age, height, birthday, and family.

Who is Shelby Rabara Husband?

Shelby Rabara tied the knot with her longtime boyfriend, Harry Shum Jr, who is a Chinese-American actor, singer, dancer, and choreographer. Her husband made his acting debut in the television series called, Boston Public. Harry has been active in the movie industry since the year 2000.

Shelby married her biggest fan, a man who wouldn’t stop until he sees her succeed and become a Hollywood megastar. Harry is also the man behind the successes Shelby has acquired so far.

The lovebirds started dating in the year 2007. The duo got engaged while they were on vacation in Hawaii in October 2013 and subsequently tied the knot on 22nd November 2015, in a tropical location near Costa Rica.

Actress Rabara is pregnant with her first child with husband, Harry. The couple is expecting their first child and also has posted an adorable Instagram post to prove the pregnancy. Her husband, Harry shared the fantastic update through the snapshot of Shelby and himself where his hands were aced on top of Shelby’s baby bump.

❤️ Oh baby, what a fun night we had! #moreadventuresawait #peopleschoiceawards

Many friends expressed their excitement by showering their blessings and congratulating the couple. The duo has been together for almost 11 years. We wish for Shelby a happy and healthy pregnancy.

Shelby Rabara was born in the year 1983 in Orange County, California, USA. Her birthday falls on 5th October, which makes her age 35. She has a decent height of 5 feet 5 inches.

Her full name is Shelby Ann Narito Rabara. Her mother raised her along with her two siblings.

Shelby went to the University of California, Los Angeles, and graduated with a degree in world arts and cultures.