Meet The Young Cellist Sheku Kanneh-Mason Who Performed At The Royal Wedding Of Prince Harry And Meghan Markle. 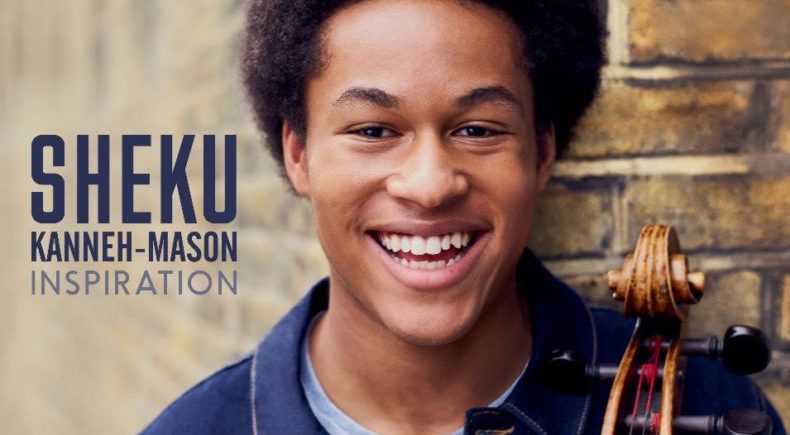 Only a few commoners are fortunate to attend the royal wedding. But it’s more special when someone gets to perform at the Royal wedding. Likewise, amidst all Sheku Kanneh-Mason performed at the Royal wedding of Prince Harry and Meghan Markle. The cellist Sheku Kanneh-Mason is the handpicked performer who entertained the wedding guests. He had wedged the prince’s attention last June when he played at a charity event in London, according to a tweet from Kensington Palace.

Who is Sheku Kanneh-Mason? Bio Facts:

The British born Cellist Sheku Kanneh-Mason was born in 1999. He came to limelight after being the first black musician to win BBC Young Musician of the Year award in May 2016.

In 2015, along with his siblings, Sheku participated in Britain’s Got Talent as The Kanneh-Masons. He couldn’t make it to the top. However, he learned a lot from BGT and implemented in BBC Young Musician contest. As he said,

“A good experience for getting used to performing in front of lots of people, with cameras and interviews. When it came to BBC Young Musician there were fewer cameras so I wasn’t fazed at all.”

Sheku Kanneh-Mason was a member of the Chineke! Orchestra founded by Chi-chi Nwanoku for black and minority ethnic, classical musicians. In November 2016,  Sheku was the subject of a BBC Four documentary entitled Young, Gifted, and Classical: The Making of a Maestro. He has given an interview for BBC Radio 4’s Front Row round-up of the year’s major arts and entertainment award winners.

Sheku reportedly donated £3,000 to his former secondary school ensuring ten students to continue their cello lessons in January 2018. Currently, he is the student of the Royal Academy of Music in London  He has also performed at the 2017 British Academy Film Awards.

I’m so excited and honoured to perform at Prince Harry and Meghan Markle’s wedding. I was bowled over when Ms Markle called me to ask if I would play during the ceremony, and of course I immediately said yes!!! What a privilege. I can’t wait! https://t.co/TU0lyKloCD

On 19th May 2018, Sheku performed at Prince Harry and Meghan Markle’s royal wedding.

However Sheku is loaded with many awards and accolades, in 2016 he won BBC Young Musician of the Year award. He also won Royal Philharmonic Society Young Instrumentalist Duet Prize 2016. In June 2017, he won the South Bank Sky Arts Awards’ The Times Breakthrough prize, in the ‘Classical’ category.

More on the article: Sheku Kanneh-Mason bio and wiki facts.

Sheku Kanneh-Mason was born to his parents Stuart Mason and Dr. Kadiatu Kanneh. His father is a business manager, and his mother is a former university lecturer. He grew up in Nottingham, England along with all his six siblings named Isata, Braimah, Mariatu, Konya, Jeneba, and Aminata. All of them are equally skilled when it comes to playing instruments.

The Kanneh-Masons on the red carpet at the @bafta’s! #bafta #alberthall #london

Sheku is a down to earth when it comes to generosity as he thinks that he and his siblings are lucky enough to take advantage of the great music opportunities, but not every kid is as fortunate as them.

“I grew up in an environment where I would listen to a lot of classical music and get taken to a lot of concerts; for a lot of children that opportunity isn’t there,” he told The Times. “Because of that, it’s difficult for a child to then see it as something they want to do, or even just to watch concerts.”

Sheku Kanneh-Mason is currently at the age of 17 as he was born in the year 1999. His nationality is British and belongs to black ethnicity. As an inspiration, Sheku follows the masters of cellists Jacqueline du Pré and Mstislav Rostropovich as his “musical heroes’’ and Bob Marley too.

Sheku has uploaded many of his videos on his own YouTube channel names ShekuKannehMasonVevo which has around 6.6k subscribers. He is also present on Twitter with 46.3k followers and Instagram with 70.7k followers.

Sheku hasn’t sparked any dating rumors yet. His Instagram and Twitter account is clueless about his dating life and girlfriend. He even hasn’t appeared at any events with a special girl who could be his girlfriend. Being a 19-year-old musician, Shekhu must be trying to develop a promising career rather than dating any girl. When the time comes, Sheku will be dating his partner and we hope he will flaunt his love life on social media.