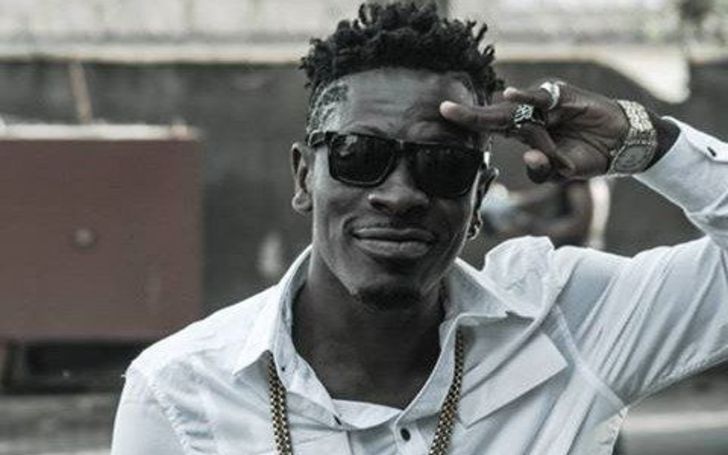 Apart from that, how is the personal life of the dancehall Messiah? He has a child with Diamond Michelle Gbagonah, mostly known as Shatta Michy. She is popular as Shatta Wale’s wife. So, has he married Shatta Michy? Let’s know the details along with his wiki-bio:

Born in the year 1984 in Accra, Ghana, Shatta Wale’s birthday is on the 17th of October. With the last birthday celebration, Shatta Wale’s age is 36. Shatta Wale was born to parents Charles Mensah Snr. and Elsie Evelyn Avemegah. 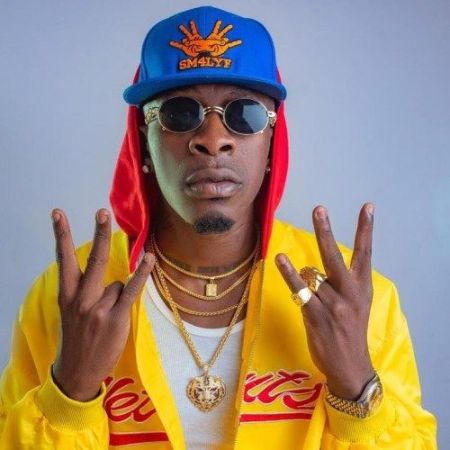 His father, Charles Mensah is the legitimate chief of the Ngleshie Amanfrom Traditional Area. His parents had lost hope in him initially when Shatta was trying to chase his dream. Wale is one of the shortest artists. According to his wiki sites, his height is 5 feet 4 inches. In meters, his height is 1.65 m

Shatta Michy Is Obviously Shatta Wale’s Wife But Not Officially!

Regarding Shatta Wale married life, he has not married yet. Yes, you heard it right! There is still time for the dancehall king to get married. However, millions of his fans are unaware of his marital status. They consider Shatta as a married man with a wife and children. But what is the reason behind that? And who is his wife according to the world? 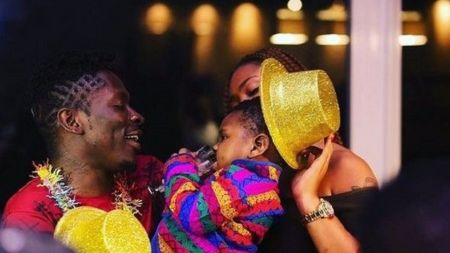 While speaking to Okay FM, Shatta Wale stated that he has not married Michy yet and thus, she is not his wife, but a mother of his son, Majesty. He said:

We understand each other and our families are aware we are together and we are like siblings growing as a family. Sometimes I think we need time. There is no need to impress people that we are married. Sometimes the weddings and the whole ‘dondoo dondooo’ doesn’t really mean anything.

Shatta Wale has another child as well. Yes, he has a daughter from his previous relationship as well. However, he has not mentioned whether the mother of his first child was his wife or girlfriend. If he was married before, then it will be his second marriage with Shatta Michy.

Without a doubt, Shatta Michy is the life of Shatta Wale. She is the one who will be his wife. But since when their love life started? How was his dating life with her?

Michy slept with Wale on their first official date at Nima, Shatta Wale’s home. She said:

Yeah, why flex if you want it? I didn’t even go home on that day. He is really good in bed. I was under age but a few months to eighteen and my mum understands. I was a bad girl

Wale started dating his partner Shatta Michy in 2011. At the time her age was only 17, a few months to eighteen. The couple met through Facebook and met for the first time in an interview where Michy was an interviewee.

Their Dating Life Was Troublesome?

The initial phase of Shatta Wale’s dating life with Michy was troublesome. According to him, Michy’s family chased him with police when they knew he was a ghetto boy chasing their child. It was hard for him, but eventually, he convinced Michy’s parents that he was a good guy and will keep her happy. He told Gattuso on Aben Wo Ha on Kasapa FM:

Michy’s family respects me a lot, not because I’m Shatta and I’m so popular. They actually chased me with police when they heard I was a Nima boy dating their child. Imagine someone whose mother lives at a place like East Legon and gets to know that a guy from Nima is chasing their daughter. They didn’t want her to experience the ghetto life so they initially kicked against our relationship

Despite all the trouble, he is still together with Michy and lives along with two kids. They are inseparable. Though Shatta Michy is not Wale’s wife officially, he considers her as his wife. In earlier 2017 when a rumor of the couple break-up swirled around the media, he broke silence on the scandal via a Facebook post. He didn’t only confirm that they were still together but also called Michy “his wife.”.

As a dancehall king, he has accumulated excessive net worth. As of now, his net worth is estimated to be $6.2 million. His main source of income is from his singing career.

He gained worldwide fame when he released his breakout single “Dancehall King,” which credited him “Artist of the Year” at the 2014 edition of Ghana Music Awards. From the name DOGGY to Bandana to Shatta Wale, he has now become the African Dancehall King and the winner of almost 50 different awards.

According to Recruiter, professional singers can expect to earn about $30 per hour. After secondary school, he took some to work on his music career. And, now he is a professional singer which suggests that he earns more than the average pay scale. Besides that, he is also available on Instagram and Twitter.