Shane McConkey had a Blissful Married Life; Know His Bonding and Net Worth 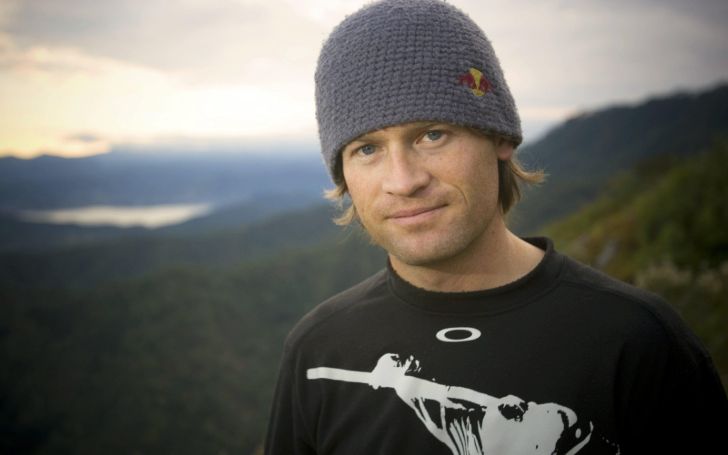 Shane McConkey dropped out of college to pursue his dreams of being a skier. He was a real adrenaline junkie. Shane was a professional base jumper too. He died living his dreams.

McConkey was an award-winning skier. He is famous for his contributions to the sport of skiing, inventing many skiing techniques, and ski designs. He was also inducted to the U.S. Ski and Snowboard Hall of Fame in 2011 for his notable efforts to the sport.

Shane McConkey is a successful skier who changed the ski world forever. His personal life was hidden well behind his professional career as he also avoided the media.

Shane McConkey was married to Sherry McConkey. Sherry and Shane had a mutual passion for the outdoors. They were instantly attracted to each other when they first met.

The duo first met when Sherry was mountain biking down the road. Shane joined them and a few months later they started dating. Sherry was 29 at the time and Shane was even younger.

The two walked down the aisle in Thailand in 2004 on a beach. The day of their marriage, Shane went Base jumping and Sherry went climbing. They spent their honeymoon trekking in Thailand. Their honeymoon was quite an adventure as they slept on the ground and ate whatever they found at the jungle.

Shane and Sherry have a child together. Their daughter, Ayla McConkey was born in 2005.

Shane was loyal to his spouse just as he was loyal to the sport. There is no record of Shane being in extra-marital affairs or any sort of controversy regarding his marriage. He loved his wife and daughter.

Sherry said that Shane loved Ayla and loved spending time with her. She also said that he was a great father and a great husband. Alas, he passed away!

Shane McConkey died in a ski-Base accident in Italy on March 26, 2009. He was attempting a ski-base jump on the Sass Pordoi, a mountain in the Sella group, in the Italian Dolomites. One of Shane’s ski failed to release from his feet. He tried solving the problem which he did, however, it was too late to deploy his parachute.

The accident turned out to be fatal. The ski world had lost a legendary skier and base jumper. Sherry was devasted after Shane’s death.

Shane McConkey was an innovator, a legend in the skiing and base jumping world. His invention, reverse camber changed the skiing world.

Shane McConkey had an estimated net worth of $500,000 at the time of his death. He made most of his money from the partnership with companies like RedBull.

The late skier was sponsored by many for his jumps. Shane landed a sponsorship with Spyder and Volant in 1993, when he won a Pro Mogul Tour.

Shane and Saucer Boy performed for many magazines and newspapers. Shane, up until the time of his demise, featured in 26 ski movies.

Shane had also acted in many movies including the 2007 movie Steep which grossed $318,763 worldwide. He also appeared in Ski Movie II and III, Adrenaline Ride: Riders on the Storm, and The Hit List.

Shane McConkey stands at a height of 5 feet 10 inches and weighs around 65 kg. He boasted brown eyes and blonde hair which perfectly suited his outdoor nature.

For more updates on Celebrity Bio and News do follow the TheCelebsCloset.