Is Sebastian Stan Married or Single? Know His Love Life and Affairs! 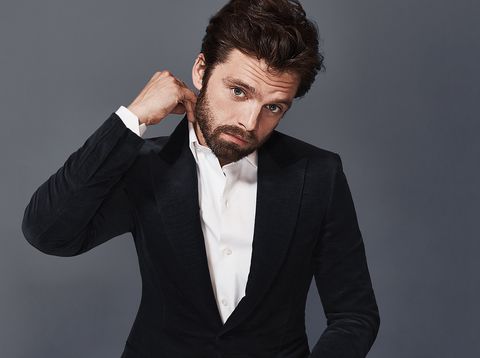 When a celebrity gets into a love affair, his/her fans would surely be happy. In contrary, when the two are seen together for long, people start speculating; whether they broke up or not. Sebastian, who hooked up with Margarita Levieva since the year 2014 was alleged to split from his girlfriend.

As their public appearance became low, people speculated Sebastian Stan married his girlfriend. Also, people are still confused about whether the duo split or not. Today, we will be discussing his marital status and love affairs in this column!

To know their love life, let’s go back to the year 2014. The duo started their love life in 2014. As both are in the same industry, they met for the first time while working together. It is mentioned in some wiki sites that they became closer after working for the movie named Spread.

At first, they became friends and changing it to good friends. Later, they made an official announcement of being together and surprised their fans. The US Magazine mentioned back in 2014:

‘The duo is enjoying their love life. Both share thoughts and are art-minded.’

Later in the year 2015, the duo was seen kissing at NYC. Here, you can see the picture:

Has Sebastian Stan Married His Girlfriend?

The duo made their public appearance starting from the year 2014 to 2015 but was not seen for a long time later. So, people started speculating whether the duo has married or split already.

All were confused about his marital status as there was no new news and rumors of them. But back in the year 2016 September, both were seen together along with their friend Joshua Jackson. Here is the video:

Thus we can say that Sebastian Stan is not married yet and is still dating his love Margarita Levieva. They might have limited their public appearance to minimize the rumors. Be sure to stay with us to know more about them in the future!

Sebastian Stan and Margarita Levieva broke up in 2021. The reason of the break-up is still a mystery to all. Currently, Sebastian is dating a Spanish actress and model Alejandra Onieva.