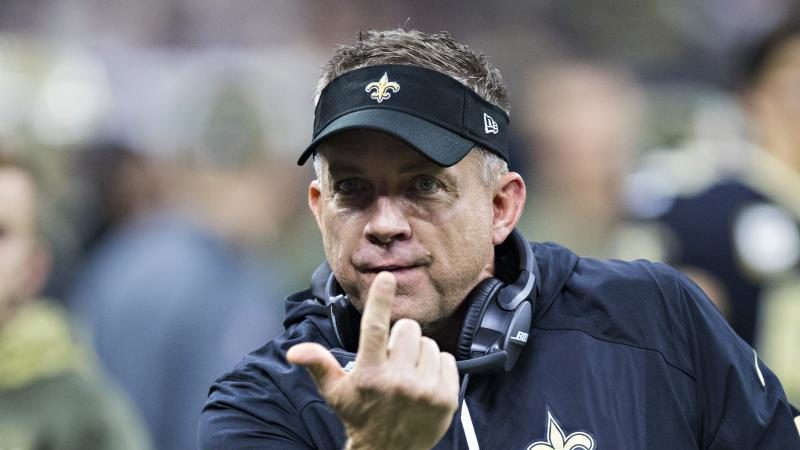 Yeah, good football is a joy to watch, sometimes it’s pure poetry. But in the end, the result is what matters in football. No matter how free-flowing or eye-catching football you play, it won’t last in memory unless there’s a trophy.

This could be a case for Sean Payton, former  American football player, and current head coach of New Orleans Saints as he is about to renew his contract with the team. So, what is the detail we will follow it up with you?

Has Sean Payton renewed his contract with the New Orleans Saints?

When we look back at Sean Payton days as head coach of Saints, there are glorious as well as dark days. After dismal campaign under former coach Jim Haslett, in 2005, Haslett and Saints part ways. Saints had a tough job to find a person who could push them to new heights. As they appointed former New Dallas assistant coach Sean Payton, many eyebrows were raised.

In the year of his appointment, he won  AP NFL Coach of the Year Award because of his effort for guiding saints to play-off from being second worst NFL team previous year. Besides his personal achievement, NFL super bowl win is a most glorious time for Saints under Sean Payton.

The record is all there to speak; it seems power of Saints is fading. Saints are so consistent that they happen to find himself in a similar situation every year. When we look at the table, it was in 2013 when they last played NFL playoff.

Saints have shown a lot of faith in Sean Payton. Is it true or not but the way he wanted to hurt the opposing players is pure evil. It shows how far Payton can go in order to win the title. For the involvement in a bounty program, Sean Payton was suspended for 2012 NFL season.

All doubts come to an end as Saints Handed new 5-year contract.

After returning back as coach, Payton has only lead Saints once to a play-off. Despite the fact, he is handed a lucrative 5-year contract in March of 2016. According to the contract, Payton will earn a salary of $ 8 million per year. After another disappointing season, Payton must have something in mind.

Offensively, the teammates are as good as any team, but they need reinforcement in at the back. Is the meeting with Johnny Manziel is the hint of intent? Many fans were curious about the meeting. He explained the situation speaking to John DeShazier of the Saints’ official website at the NFL owners meetings in Phoenix.

“I think that is a little different (than visiting with Butler). I wasn’t involved in the draft process the year he came out. I met him and had breakfast at the Super Bowl. I was curious, really, to get to know him some.

He’s got a number of things that he’s working to do to make himself available. I certainly would say, for us, it was really just a chance for me to visit with him. And that would be in a much different phase than Malcolm Butler or some of the things that we’re discussing as we approach the draft. It was the first time I met him and we spent some time kind of going through his story.”

How Good is Payton’s Personal Life Off The Field?

It’s a long professional career for Sean Payton as footballer and coach. When it comes to personal life, Sean Payton is more of an open person.

Like any normal person, Payton fell in love with Beth Shuey whom he met during coaching days in Indiana state. He turned love relationship into a strong bond of marriage.

Payton and his wife were super cool couple regarding their personal life as they are not afraid to show their love life public. The happy and married life of Sean and Beth is complete as they get to share love with their children. Elder sister Megan is 19 years of age and son Conor is 16 years of age.

Being a football professional and being a parent at the same time is a hard thing to do but Sean always seems to find time for family life. Daughter asking questions and father replying answer might get awkward. In an official interview in Nfl Now, Megan makes it look ridiculously easy.

Every good thing has an end, after almost 20 years of married life Sean filled for divorce.

According to sportingnews.com, Sean filed for divorce petition on June 14, 2012, in Tarrant County, Texas. The main reason behind the divorce filing was the change in personality and Sean felt it would be almost impossible to reconcile the relationship.

Beth has different terms and condition in mind as she filed for the counter petition. After two years of dispute between the couple, the divorce finalized in 2014.

Sean being the head coach of New Orleans Saints with a good record so far has a huge amount of net worth in his hand which is estimated to be 12 million dollars as of now.