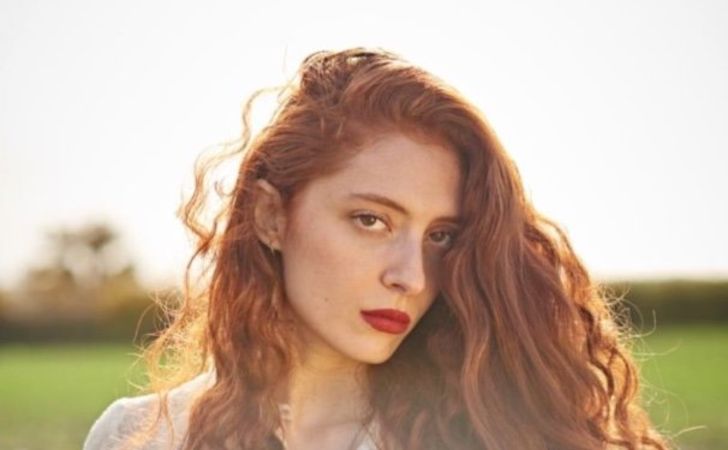 Sabet’s life turned upside down when she got together with Jimmy Page; however, it’s not that Jimmy is the only thing that she is recognized for. You want to what it is? Let’s find out together.

Sabet is Dating a Certified Legend

Scarlett Sabet is in a relationship with Jimmy Page. Jimmy who is notoriously famous for dating younger girls and his drug use in the ‘70s is 45 years older than his poet girlfriend.

Jimmy Page and Scarlett Sabet met for the first time at Sabet’s first poetry reading at World’s End Bookshop on November 12, 2013. The duo was first seen at a chicken restaurant, Nando‘s.

Jimmy Joins Sabet on Her Birthday

It’s no surprise that Jimmy would be together with his girlfriend on her important day. They spent the first of July together where they posed in front of a lithograph which portrayed Sabet on the photograph as she had a halo around her head. What a coincidence.

Well, this is not the only appearance Jimmy has made with his 30-year-old girlfriend. On June 21, they both appeared together at Kerrang! Awards in Islington Town Hall, London where Jimmy received the Icon Award. Jimmy was looking good in his black tuxedo and Scarlett looked beautiful in her pink silk gown.

Jimmy and Scarlett are leading a really normal life despite the fame that Jimmy has gathered over these years. Page also joined Sabet at the launch of her fourth book, Camille. The book features poems where Sabet praises her love.

Scarlett was born on July 1, 1989, as Scarlett Zoreh Sabet to father Masoud Sabet and mother Marie-Claire. Her father is of Iranian descent and mother is of French descent. She has two siblings.

Her mother is a career consultant while her dad works in the IT industry as the director of Ingen Software Services Limited. Sabet’s family is not so happy with her daughter dating Jimmy Page.

Scarlett is an Aspiring Poet and Actor too

Scarlett Sabet is a poet based in London. The London-native is one of the brightest poets in the industry and is famous for her poems. Huge stars like Johnny Depp and John Paul Jones are seen reading her poems.

The Skin hitmaker’ work is featured by many renowned magazines including GQ, Tatler, Dazed, and Confused, Smear, The Lonely Crowd, KCW Today, Constellation Magazine, and many more. GQ even said that Scarlett is making poetry more interesting and is the new sensation in the poetic world.

Inspired by great poets like Jack Kerouac, Emily Dickinson, Bob Dylan, Slyvia Path, Ted Hughes, and many more, Sabet is the author of four books. Her fourth book, Camille was a huge success.

The 30-year-old star is also an actor as she studied drama. Right after her graduation from the Hurtwood House, she was signed by Artist Partnership agency. She appeared in many notable shows including Skins, Peep Show, and Life’s Too Short.

Scarlett Sabet has an estimated net worth of $200,000. She made her worth from her career as a poet.

Her third book Zoreh launched at the City Lights bookstore, an iconic launching place for poetic books and also comes at the price of $18.71, a huge success as well. Her fourth book, Camile also launched in Paris and is a collection of romantic poems and comes at a price of $24.91.

For more information about your favorite celebrities, stay tuned to The Celebs Closet.