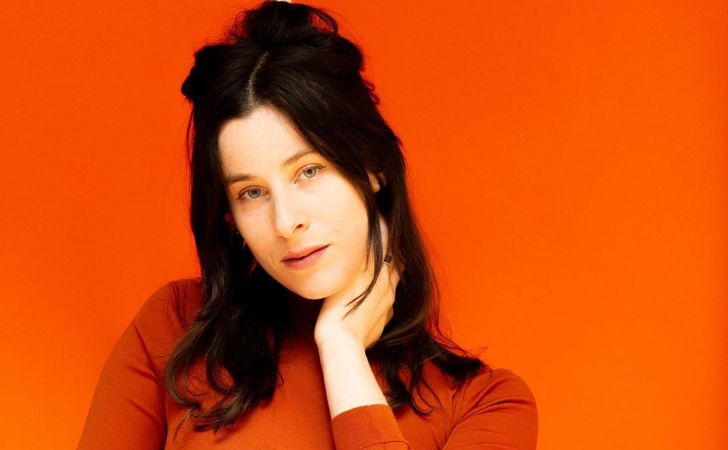 Well, being the daughter of a billionaire, one doesn’t need to work as hard, but unlike many, Sasha Spielberg doesn’t fall on that category. She rose to fame as the daughter of New Hollywood pioneer, Steven Spielberg.

Sasha is the most popular child out of Steven’s seven children. The 29-year-old started acting at a very young age of nine and featured in some top works like The Terminal and Munich.

The entire timeline would be different today if Sasha Spielberg weren’t born to Steven Spielberg. Popular with a stage name of Buzzy Lee, Sasha was born to parents Steven Spielberg and mother Kate Capshaw.

The actress even worked with her legendary dad in 2008‘s Indiana Jones and the Kingdom of the Crystal Skull under his direction. Her dad needs no introduction as he directed some classics such as Jurassic Park and Raiders of the Lost Ark.

If her father’s talents weren’t enough, her actor mother passed her skills to Sasha as well. Her mom, Kate featured in some top movies alongside Dreamscape, Power, and Black Rain during her professional days.

When talking about Sasha Spielberg’s parent’s parenting skills, then no one can beat them, at least that’s what she believes. During her childhood, Sasha was always into different things.

At the age of 13, she begged her parents to send her to the Teen Idol auditions but they refused. During her young days, she didn’t know the reason for their rejection but, now she says she gets them. Their decisions were only to protect their kids and nothing more.

The Los Angeles born actor, Sasha Spielberg, established her mark in the entertainment industry. Ever since debuting with The Love Letter in 1999, she never looked back. Although it wasn’t a significant role, she perfected it to get her significant opportunities in the future.

Five years after her debut, Sasha started yet again appearing in The Terminal as Lucy. Moreover, she also featured on The Company Men, Munich, and Dude.

If acting wasn’t enough, the multitalented personality, Sasha Spielberg also started a musical career. Alongside her brother, Theo Spielberg, she plays for a band called Wardell with numerous albums like Don’t Tell Me and The Post.

In 2019, she released her latest album, Close Encounters of Their Own Kind alongside Tommy Mandel.

Steven Spielberg’s daughter Sasha Spielberg is not the only heir of the Speilberg-Capshaw family. She shares the bloodline alongside siblings, Sawyer Spielberg, and Destry Spielberg.

Besides her biological siblings, she is a step-sister to Mikaela George, Jessica Capshaw, Max Spielberg, and Theo Spielberg. Sasha lives happily with her siblings in their star-studded family.

How Much is Sasha Spielberg’s Net Worth?

Sasha’s father, meanwhile, is a billionaire. Steven Spielberg’s net worth is $3.7 billion as of 2020. Thus, the actress enjoys a lavishing life in her super-wealthy family.