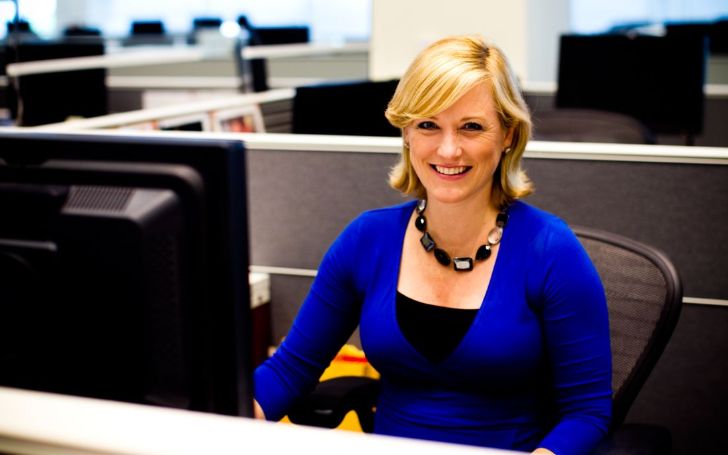 Sarah Bloomquist is an award-winning American news anchor and reporter. She is famous for working in the 6abc Action News.

The American anchor is also famous for her work in the WTVG news network. If you like to watch Sarah in the news, here are some of the things you should know about her!!!

The American reporter started her career at the WTVG network channel of ABC in Toledo, Ogio. She used to work there as a weekend anchor and general assignment reporter. While working for the network in 2001, she was named as BestReporter in Ohio by the Associated Press. Additionally, Fredricka Whitfield, Shannon Bream, and Cheryl Burton are also popular news anchors around the globe.

In 2002, Bloomquist started to work at the Channel 6abc, Action News network. Since 2002, she is working at the channel as an anchor and a reporter. Further, during her career, she covered much news from different parts of the United States. For instance, she reported live from Maryland during the sniper scare and followed the faithful fans of Philadelphia Eagles during 2003-2004 run for Super Bowl.

Thanks to the excellent performance of the anchor, she received a nomination for Emmy awards for her live coverage from Ground Zero for two times. Furthermore, in 2002, she also won the Associated Press award for her coverage from New York of the September 11th attacks.

Sarah Bloomquist is happily married to the love of her life as of 2019. The anchor is secretive about her personal life; therefore, she doesn’t share the name of her hubby in public.

Bloomquist, besides, shares many pictures of her partner without exposing his face. It seems like she knows how to differentiate her personal life from professional life.

The couple, however, is happily in a relationship from nearly one decade and bares unconditional love. Further, there is no sign of any conflict between the couple.

Mother of a Beautiful Daughter

Sarah is a proud mother of her only daughter. She welcomed her daughter in October of 2011.