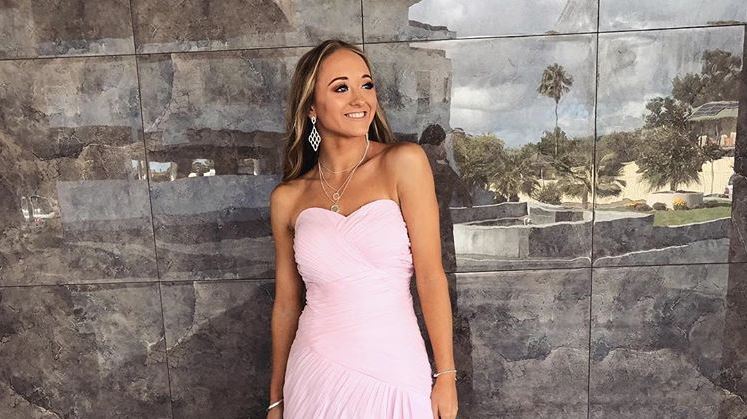 Sam Rybka is very popular after her debut on Australia’s Got Talent. Sam along with her sister, Teagan also has a YouTube channel called The Rybka Sisters. They have a strong fan base following on social media pages.

If you ever see the twin sisters, Sam and Teagan’s dance videos, you’ll find the sisters walking on the street on their hands in the synchronized way, or perhaps doing a handstand pirouette into a six-o’clock Penche balance.

With the rising popularity, Sam Rybka’ dating affair is common for the people to speculate about. So, who is Sam Rybka’ boyfriend? Along with the dating affair, let’s have an insight into Sam Rybka’ wiki facts, bio, age, height, parents, siblings, and ethnicity.

Determined and passionate dancer, Sam Rybka has developed a huge fan following on social media. Many are curious to know her dating life with her boyfriend. So, who is Sam Rybka’ boyfriend?

Well, Sam is off the market as she is dating someone. She was dating a guy, Zac Spencer. The duo started dating each other in 2017 and have already celebrated their 1st anniversary.

Finally introducing this cutie in this weeks YouTube video!! 😝🙋🏻‍♂️🙈😍 Who do you think knows me better… Zac or Teagan? 😏 You’ll find out tomorrow!! In the meantime catch up on our last few videos so you’re all up to date! ♥️ #linkinbio

Their first dating anniversary was on 29th May 2018. And for their special occasion, Sam took to Facebook and posted a picture with him with a special caption for her boyfriend, Zac.

Happy 1 year Anniversary to this amazing guy, who I absolutely adore. You have brought me so much love, fun, and happiness. You support me in everything I do and are always there for me no matter what. This past year has been incredible and I can’t wait to continue this crazy journey with you. Thank you for being everything and more.

On 12th July, the twin sisters (Sam and Teagan Rybka) uploaded a video in which they introduced Zac to their fans. It was a challenge between Zac and Teagan, but unfortunately, Zac lost.

After dating for months, the couple finally broke up in mid-2018. When their fans were waiting to see them as husband and wife, they surprised everyone with the break-up news.

The Australian dancer as well as acrobat athlete, Sam Rybka, was born in the year 1995 in Perth, Australia. Her birthday falls on 22nd June, which makes her age 23. Information related to her family background and parents is confined.

Sam belongs to a Caucasian ethnicity and has a tall height of 5 feet and 9 inches, which enhances her attractive body looks. When she was just three years old, she along with her sister, Teagan, learned acrobatics.

At the age of six, they first started dancing. Before, Sam was dancing for fun as a hobby but never thought she would be a part of a dancing competition when she was younger.

Sam Rybka along with her sister competed in Australia’s Got Talent in the season of 2013. All the viewers loved the sisters-duo performance. They are popular for their high energy and flexibility with the name Rybka Twins.

The duo even has a YouTube channel called The Rybka Twins, which has over 4 million subscribers. People across the globe have loved their quality and content. She is also active on Instagram where she posts pictures daily.