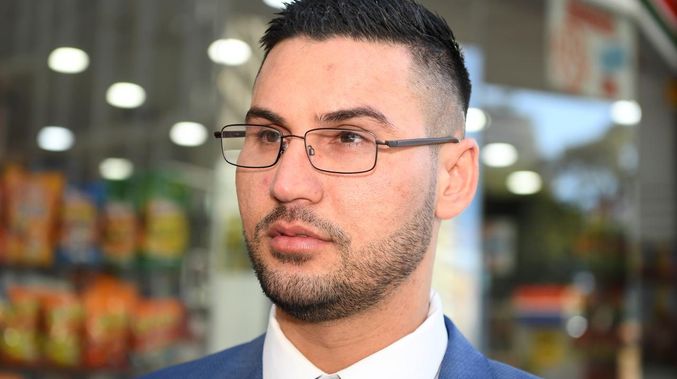 Salim Mehajer has reportedly been diagnosed with bipolar disorder. As said by his lawyer, it has made him delusional and could explain his extravagant wedding and claims of luxury assets. He looked tanned and muscular as he appeared through the video from jail in the NSW Supreme Court. Salim, whose father Mohamed was in the court, is applying for the bail to appeal a conviction on electoral fraud.

Salim was in a state of hypomania around the time of his 2015 wedding. He spent most of the court hearing writing in a notebook inside the Cooma prison video book. At one point, he stood up and tried to interrupt proceedings. Salim has spent the last five months in Cooma Correctional Centre, the former 19th-century mental institution and current prison.

Read more: Who Is Jane Bunn Husband? Know The Details Of Her Wedding, Age, School, Parents, And Height

Salim came to the limelight after he married his now-wife, Aysha Amelia Learmonth. The media focused on Salim’s manner of arrival, which involved flying in one of the four helicopters and then proceeding to the wedding in a luxury sports cars. His wedding video was aired on the media sites in Australia.

Everything was going perfectly between the couple after the wedding. Aysha was supportive of her husband and went on to support his political career, writing to Local Government Minister Paul Toole. She pleaded not to sack Auburn Council, which would put an end to Salim Mehajer’s mayoral candidacy.

But things went wrong. Salim invited his friends for his wife, Aysha’s birthday party. The only one missing at the party was his wife. It even got worse when Salim went to his wife’s house and started screaming and yelling. This led Aysha to lodge an Apprehend Violence Order against her husband.

The Order stated that Salim was not allowed to stand within 50 meters of his wife, Aysha, and could not harass, assault, menace or stalk his wife. Moreover, the incident of fake email, a violent video threatening herself and her family, and violating the AVO twice, landed Salim in prison. However, he got out on bail, during which their divorce was finalized.

Salim got divorced with his wife, Aysha in the year 2018. He has reportedly “moved on” as he has a new partner. He can be seen with his new girlfriend on his Instagram posts.

Salim served as an independent member of the Legislative Assembly for Auburn at 2011 New South Wales State Election. The Election Funding Authority investigated him for failing to declare discretionary spending and political donations. No action was taken against him as he didn’t get elected.

Salim was elected as an independent counselor for the City of Auburn in 2012. He was then elected as a deputy mayor. He faced accusations of conflict of interest in a decision made by the local council in September 2015. Salim was ordered to be suspended for four months.

Salim had put his million-dollar house up for lease due to ongoing legal battles. He is declared bankrupt and also had to appoint a trustee to manage his property and financial affairs. But what’s the current figure of Salim Mehajer net worth?

AS of 2018, Salim Mehajer net worth is under review.

Salim Mehajer was born in the year 1986 in Sydney, Australia. His birthday falls on 12th June, which makes his age 32.

Salim was born to his Lebanese immigrant’s parents – Amal and Mohamed Mehajer. His family is large as he has seven siblings and is the third-eldest of eight children.

Salim grew up in the Auburn area and studied at the local primary school before going to Trinity Catholic College. He finished his high school from Arthus Phillip High School and studied at Western Sydney University. He graduated with a degree in Bachelor of Housing degree in April 2010.

His parents came to the attention of Australian authorities due to unpaid taxes worth of $10 million. His father, Mohamed, was sentenced to 3.5 years of jail for bribery and fraud involving the ANZ bank.