Is Sabrina Carpenter Dating Someone After Breaking Up With Bradley Steven Perry? She aWas Once Allegedly Linked With Corey Fogelmanis! 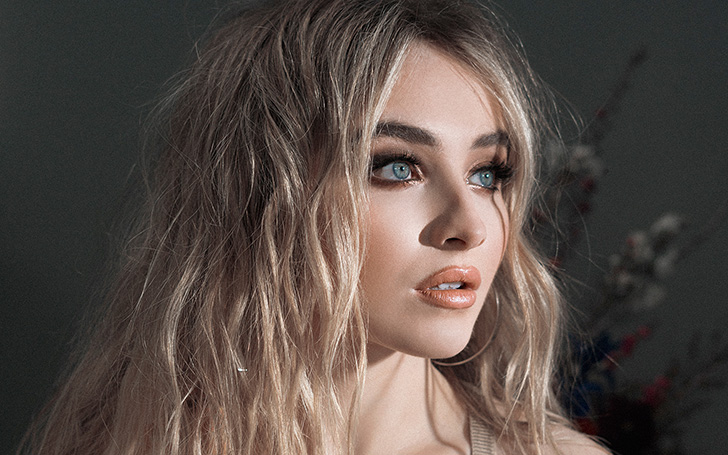 It’s a really heart-breaking situation when you have to split with your loved ones. The same situation is faced by a famous and beautiful American actress, Sabrina Carpenter.

So how is the life going for a beautiful actress ‘Sabrina Carpenter after a split with her ex-boyfriend?’ Is she planning to look for a new partner? Or has she already found a one? Let’s explore more details on her personal and dating life:

But their relationship ended too quick after a few months. After the split, a rumor arose that Sabrina is secretly dating her  Girl Meets World co-star ‘Corey Fogelmanis.’

There is no doubt that the pair is close friends for many years. But is Corey really a boyfriend to Sabrina? 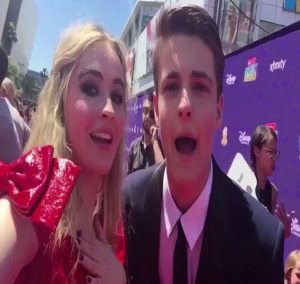 Both Sabrina and Corey have not talked about their relationship to the media. They are spotted together many times, but no one has confirmed that the couple is dating each other.

But, he had once expressed his feeling of love to Sabrina via a video clip. Later, Sabrina posted the clip on her Instagram:

After the post, many fans were eagerly waiting for Sabrina’s response. Fans thought Corey is a sweet boy and he would make a perfect boyfriend to Sabrina.

But it doesn’t matter at all. What matters is the feeling of Sabrina. And she has not confirmed her relationship with Corey yet. So, we have to wait for more days until Sabrina officially announce her boyfriend’s name.

Once Talked About Her Dating Life To a Fan

On December 2016, a fan asked Sabrina about how she feels when people are so interested in who she’s in a relationship with. She then let everyone know her exact thoughts. Sabrina said:

That part of my life is so uninteresting, you have no idea. I mean that’s why I think it’s so easy to keep a mystery, because there is no mystery. “It’s just like any teenager going through that stuff ], it’s as if you telling the whole town you live in who you’re dating, you know? It’s that kind of that weird thing, like why would they care? But for some reason they do. So you just live your life, and that’ just the best advice I give to myself every day

One thing is pretty clear from her statement that she is not interested in revealing her dating life to everyone. She wants to keep it secret. 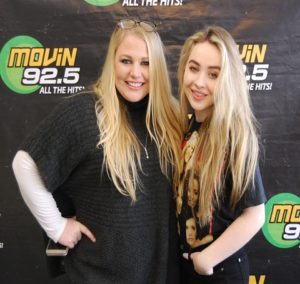 Caption: Sabrina Carpenter is hanging out with her fans at the MOViN 92.5 Studios, 22 February 2017, Photo credit: movin925.com

She has not even mentioned anything about her love life on Twitter. Sabrina prefers to live her life in her way. So far, her dating life is still a mystery.

So, wait for the time until she announces her boyfriend or partner to the public.

The lady hasn’t revealed about her partner to date, but she’s always seen with someone. her someone special. Well, Carpenter is dating the love of her life, the 19 year old, Griffin Gluck.

The duo seems to have a pretty amazing love life but, they are taking their relationship slow as they both are focusing more on their career.

A Glance on Short Bio of Sabrina Carpenter

The real name of Sabrina is ‘Sabrina Ann Lynn Carpenter’. She is an American singer, songwriter, and actress born on May 11, 1999, in Lehigh Valley, Pennsylvania, U.S. She has two older sisters: Sarah and Shannon.

Her sister, Sarah has appeared on several episodes of Girl Meets World as a background character. Sabrina has a height of 1.52 m.

Sabrina started her acting career at the age of 11. She cast as a young rape victim interviewed by Detective Elliot Stabler on  NBC drama series Law & Order: Special Victims Unit. According to the Wiki, Carpenter booked a series recurring role on Fox’s “The Goodwin Games” as Young Chloe.

She cast in Disney Channel Series Girl Meets World as Maya Hart in January 2013. She has appeared in two movies: Horns and Noobz. As a singer, Carpenter has released her two music albums: ‘Eyes Wide Open’ and ‘Evolution.’ Both the albums are greatest hits. Sabrina has won Radio Disney Music Awards, two times in 2015.

As a singer, songwriter and a talented actress, Sabrina enjoy her estimated net worth of $4 million. She receives a hefty salary per episode, but she hasn’t revealed her salary to the media.

You Might Also Like: Melanie Bromley Wiki: Married Life With Husband Or Is She Still Single? Cancer & Family Details

Carpenter also makes much from her albums: