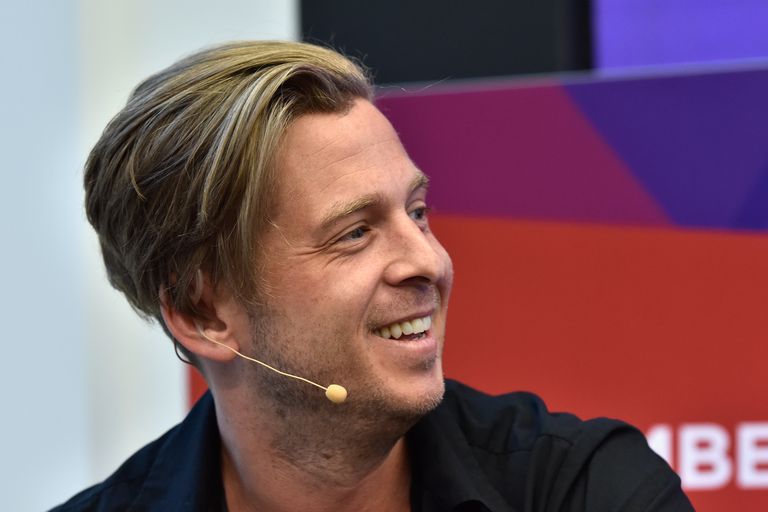 One Republic is one of the most successful pop rock band of this generation. If you’re a fan of One Republic, then you know who Ryan Tedder is. He is the lead vocalist for the group. Besides that, he has written and produced for other big names like Adele, Beyonce, Ed Sheeran, Taylor Swift, Jennifer Lopez to name a few. The talented singer was also called “The Undercover King of Pop” in early 2014 by Billboard. Who is Ryan Tedder married to?

Moving on to his personal life, do you know anything about it? Tedder is very quiet about his personal life so you might have very little or no knowledge about it. But we have collected some information regarding his personal life to keep you guys updated. So without any further delay, let’s get right into Ryan Tedder married life, wife, kids, career, net worth and wiki-bio.

There’s no denying that Tedder is a handsome guy and a lot of people are curious to know more about his personal life. Well, Tedder is a married man. He tied the knot with Genevieve in 2004. Genevieve Tedder is a professional photographer. They met each other through their mutual friends back in college. Tedder even thanked his wife, Genevieve, in the liner notes of OneRepublic’s debut album Dreaming Out Loud.

Tedder is the father of two children. Their first son Copeland Cruz Tedder was born on August 2, 2010, and their second son Miles was born on September 2014. As of now, Tedder is living a blissful life with his family.

Tedder is the type of guy who likes to keep his private life away from the limelight. That’s why there’s not a lot of information on his past relationships.

How much is Ryan Tedder net worth?

Ryan Tedder has been very successful as a musician. Throughout his career, he has released numerous songs as part of the band One Republic. Many of his songs have managed to do well in the charts as well. His song ‘Apologize’ broke the US Top 40 Radio Airplay Record. Tedder has written hits for himself as well as many other artists.

Before Ryan Tedder began his singing career, he used to work as a shop assistant and a waiter. Later, he secured an internship at DreamWorks SKG. He started producing demos for labels and songwriters. At 21, he took part in a singing competition and went on to win it. One year after the competition, he caught the attention of Timbaland, hip-hop producer. In June 2007, Tedder signed a deal with Kobalt Music Publishing. His self-written hit, Apologize performed by his band broke the US Top 40 Radio Airplay Record.

Tedder co-wrote the song called Bleeding Love with Leona Lewis. Later, the song broke the record of Apologize. The song topped the UK charts and became the fastest selling CD of 2007. Tedder has also produced and written for many artists such as Adele, Demi Lovato, Jennifer Lopez, Timbaland, Shayne Ward, Daughtry, the Backstreet Boys, Paula DeAnda, Ludacris, Beyonce and many more.

Tedder also launched his own record company named Patriot Records. He provided featured vocals for the song S.T.O.P by David Guetta. Besides singing, Tedder also plays instruments such as guitar, tambourine, bass guitar, and piano. In October 2016, he along with his band released their fourth album, Oh My My.

In 1979, Ryan Benjamin Tedder was born in Tulsa, Oklahoma. People professionally know him as Ryan Tedder. Tedder celebrates his birthday every year on June 26th. He was born to Marlene Cunningham and Gary Tedder. He attended Oral Roberts University. Furthermore, he completed his college education and graduated from ORU in 2001 with a Bachelor of Arts degree in Public Relations and Advertising. Tedder is American and belongs to the white ethnicity.

As of now, Tedder is 39 years old. His zodiac sign is Cancer. Tedder has a well-maintained body with a height of 5 feet 9 inches. To update fans on his music, Tedder uses social media like Instagram and Twitter.