Ryan Henry: Married To His Son’s Mama Or Still Dating Her As His Girlfriend? 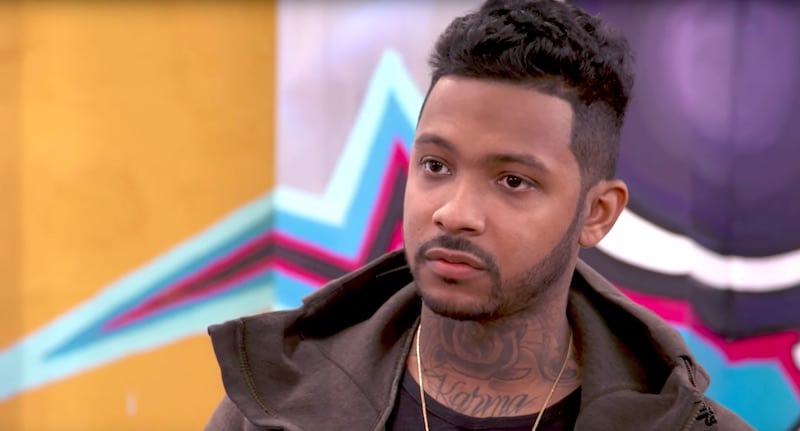 Tattoos are something which we carry even in our grave. Many people are fond of it yet hesitate to crave it in their body. But the tattoo artist Ryan Henry is born to bring tattoos into reality. The owner of 9 Mag Tattoo and star of VH1’s Black Ink Crew: Chicago recently added Nicki Minaj to his list. He posted the live session of the tattoo on his Instagram. However, we don’t presently have any indication about the finished product.

Fans are now more curious to know Ryan Henry dating affair. So, who is Ryan Henry girlfriend? Also, find out the figure of Ryan Henry net worth. What do you think, has the tattoo artist made tattoos for himself?

Unlike Ryan Henry delightful career, his love life seems quite intricate. His on and off relationship with his girlfriend, Rachel Leigh has left his followers in uncertainty about his actual dating status.

Ryan Henry was dating his high school sweetheart, Rachel Leigh for a long time. However, they ended up the things after she accused him of cheating on her. After a lengthy breakup and dating other partners, it seems like they are back together as he has started uploading pictures of his former girlfriend again.

The duo together is also the founder of luxury nail polish company, Pear Nova since 2012. Ryan wished his girlfriend on Valentine’s day in February 2018. Most recently, he gifted his girlfriend a brand-new Benz truck on the occasion of Mother’s Day on 14 May 2018.

As of now, Ryan Henry hasn’t overtly spoken whether he is dating Rachel or not. But their Instagram posts suggest that the duo is trying to bring back the same relationship as before. None of them has married yet.

Ryan Henry is a father of an 11 years old child. His girlfriend, Rachel gave birth to his son, Mason in 2007. He is very close to his son and posted a sweet birthday post for him on his Instagram. Ryan and his girlfriend are co-parenting their child, not letting any grudges come in between their parenthood.

Ryan Henry and his longterm girlfriend Rachel Leigh has consequently decided to call their relationship quits in January 2019. The pair dated one and off for four years during their realtionship. They first began dating while in high school.

The ex-lovers quit the VH1 series season 4 on a high note together, nevertheless henry revealed last episode he and Leigh split up after she learned he cheated on her with his employee Kat Jackson midst season 2.
Most of henry’s fans comment Rachel was always rude and nonchalant to him.

As of July 2019, the American tattoo artist has an estimated net worth of $1 million. Adding celebrity attention to his tattoo shop helped him earn more than the average salary of $150 per hour. Like his business has tremendous growth, Ryan’s finances have also extended steadily. For being a reality television personality, he earns up to $40,000 per show.

Back in 2013, Ryan Henry opened his tattoo parlor called 9mag. His first experience of facing the camera was from the documentary Color Outside the Lines. In the year 2015, he starred in the VH1 series spin-off, Black Ink Crew: Chicago. The VH1 show is known for the physical brawl between the staffs of the 9Mag tattoo shop in Pilsen. Recently, on 30 May 2018, on the season four premiere of the show, a neighbor called the policemen due to his property damage which led to stopping the filming of the VH1 reality series.

Henry capitalizes a significant amount of time to be able to construe and portray the underlying meaning of Japanese tattoo art. The famous tattoo artist Miya Bailey is his mentor.

He has tattoos over his hands and neck.

Ryan Henry was born in 1986 in the United States to his Afro-American parents. He is still very close to his mom, Ava Loni, and often posts her photos on his Instagram. He grew up with his sister, Nova. However, in 2009 he lost his sister after her boyfriend murdered her and their daughter. Since then, he stands against domestic violence and empowers feminism.

Ryan celebrates his birthday on 27 May that makes his age 32. As per wiki, he possesses a mixed ethnicity of Afro American and has Japanese descent.