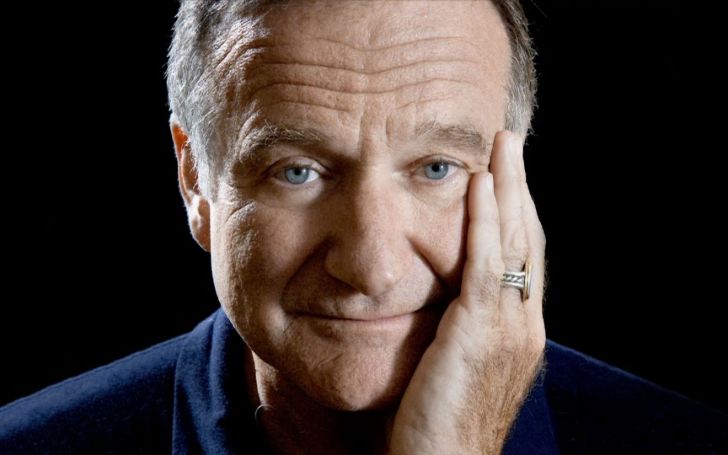 Robin Williams is a popular American actor and comedian. He had been active since 1970 and gained the title of greatest comedian of all time. He started to caught attention of the media after the role of Alien Mork in the sitcom, Mork & Mindy. Besides, he has also played in other several comedy movies.

The news about the 1970 comedian again covered the media after he committed suicide in August 2014. The sources have informed that he was battling with Lewy Body Disease. Even though he left the world, he has always special place in everyone’s heart.

The comedian was born on July 21, 1951 in Chicago, Illinois, the USA. With the full name of Robin McLaurin Williams, he had an American Nationality. He was the youngest son of Robert Fitzgerald Williams and Laurie McLaurin after brothers Robert and McLaurin. He was raised in his hometown along with his siblings.

Robin attended Gorton Elementary School and Deer Path Junior High School. Soon after he attended the private Detroit Country Day School after his father was transferred to Detroit in 1963. With his father’s retirement, he moved to Tibourn, California and graduated from Redwood High School in 1969. After that, he went to Claremont Men’s College but soon dropped out for acting.After three years of theater learning at the College of Marin in Kentfield, California, he got scholarship and further studied the Juilliard school.

Talking about his relationship status and married life, he married three times. His marriage was with Valerie Velardi in June 1978, with whom he shared a son Zachary Pym “Zak” Williams. The couple got separated after 10 years of their marriage. After that, Robin again married Marsha Garces in April 1989, whom he dated for three years. They were also blessed with two children, Zelda Rae Williams, and Cody Alan Williams. Their relationship also didn’t went well and had to divorce in 2010.

In October 2011, the talented comedian again married Susan Schneider, a graphic designer. The couple were together until the sad demise of Robin Williams.

Robin started his career as a stand up comedian from the year 1976. With his popular jokes, he made his TV debut  Laugh-In in 1977. The same year, he also performed at the L.A. Improv for Home Box Office. He never stopped performing stand-ups all those years. With his humors and dialogue delivery, he landed on the role of Mork in sitcom Mork & Mindy. the role made him popular and introduced him in the film industry.

Similarly, he again appeared in  HBO comedy specials, Off The Wall, An Evening with Robin Williams, and A Night at the Met in the 1980s. With his work and creative comedy platforms, he received numerous awards too.

Robin had some stress of performing the stand-ups and started to use drugs and alcohol. However, he continued his career and got many appreciation from the public. With his growing popularity, he appeared in late night shows numerous times. CBS series The Crazy Ones made him more popular with Robin as a lead role in the Show.

Along with his comedian career, he got success in acting field as he appeared in movies continuously such as Jumanji, The Secret Agent,  Jakob the Liar, Insomnia, Night at the Museum, Robots, The Big Wedding, The Face of Love, The Angriest Man in Brooklyn, and more.Besides, he has also given voice in several movies like Aladdin Franchise, Happy Feet Franchise, FernGully: The Last Rainforest etc.

Net Worth and Estate of Robin Williams

With his comedian career and acting career, Robin amassed a huge collection of money over the years. With numerous awards including 1997 Academy Award for Best Supporting Actor and two Emmy Awards, his salary for each movie was also very good. Being active from 1970, he was able to make his net worth over $50 million. The assets include all investments, concerts and incomes from shows and movies.