How Much is Robert ‘Bobby’ Kotick Net Worth? 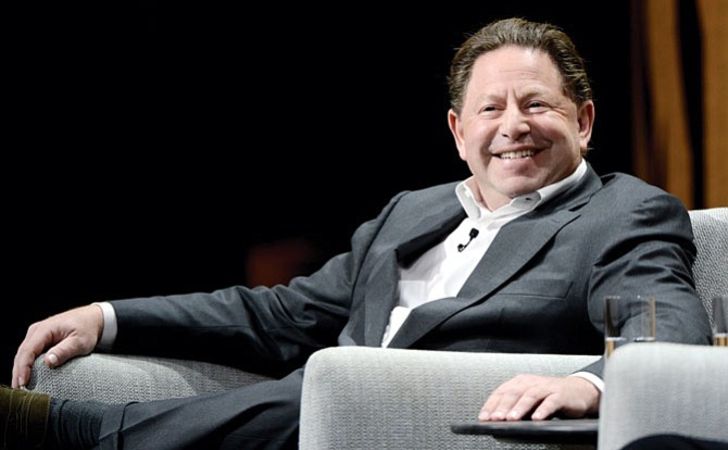 You might not know Robert Kotick, but you undoubtedly have played the games from his company, Activision Blizzard. The corporate mastermind is the Chief Executive Officer of the firm that gave us top video games like Call of Duty and Guitar Hero.

As the face of the company since 1990, Kotick managed to own quite a fortune alongside reputation. So, today we bring you all the details about the net worth and personal life of Robert Kotick.

How Much is Robert ‘Bobby’ Kotick’s Net Worth?

Robert Kotick, often known as Bobby Kotick, is a billionaire. Specifically, he accumulates a staggering net worth of $7 billion as of 2020. The colossal amount is no surprise to many since the businessman started earning significant profits from a very young age.

The face of Activision bought a 25% stake in the multi-billion company in December 1990. And, ever since, he never had to look back as he became the CEO in February 1991.

In terms of his salary as the CEO, he earns around $30 million in wages annually. The consequence of such vast earnings, he enjoys a lavish lifestyle with luxurious house and cars.

Bobby belongs to one of the highest-paid CEOs of the world alongside Andrew Wilson, EA’s CEO, who makes $35 million.

The CEO of Activision Blizzard, Robert Kotick, does full justice to his enormous net worth by living a flashy and lavishing life. He bought a mansion at Beverly Hills in California for $11 million in 2010.

The villa stands on a vast garden with ample parking space. It is a two-story house that also includes a fancy swimming pool.

You may also like: Check out Gracie Hunt’s net worth and family details.

Kotick, unfortunately, lost the ownership of his house to his divorced wife, Nina Kotick.

While the world plays games from Kotick’s company, many play them on a device initially developed by him. Surprisingly, before rising to fame, Kotick used to be a software developer for Apple II.

The millionaire received financial backing from American real estate tycoon, Steve Wynn. On the other hand, it was the world-known Apple CEO, Steve Jobs, who motivated him to pursue his dreams. To be specific, he advised him to drop out of college to pursue his entrepreneurial interests in the software business.

Robert Kotick, unlike his career, didn’t find luck in his married life with ex-wife Nina Kotick. They tied the knot after dating for quite a while.

YouTube: Kotick on an interview at Bloomberg about his company’s game Warfare.

The business head, however, failed to sustain his marriage as they got divorced in the fall of 2012. Shockingly, his former lover received shoplifting charges after they got apart.

Robert Kotick and Sheryl Sandberg Dated For A While

The Activision head found his love in the tech industry after getting divorced from his ex-wife. She dated fellow CEO of multi-billionaire company, Facebook in Sheryl Sandberg from 2016.

The Facebook CEO started seeing Kotick in early 2016, shortly after losing her ex-husband Dave Goldberg to a heart attack.

After three years of dating, the duo finally split up in May 2019. Luckily, they ended their relationship in functional terms as they are still close friends. At the moment, Sheryl is engaged to her fiance, Tom Bernthal.