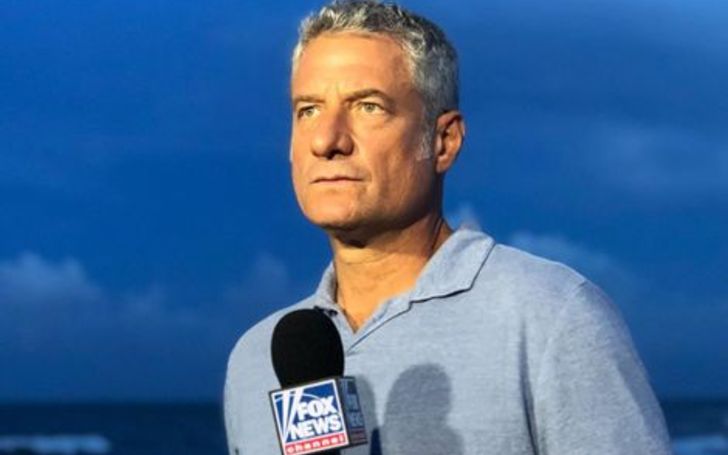 Rick Leventhal is an American reporter who is famous for his work as a senior correspondent at the Fox News Channel.

Th reporter is also famous for his work in the FNC news network. Want to figure out more about the reporter? If yes, then read the whole article!!!!

Rick Leventhal is presently in a relationship with the famous television personality, Kelly Dodd. The duo is open about their relationship and is deeply in love.

The couple is together from a certain time and shares an unbreakable bond. Moreover, they appear together in many places and bares unconditional love for one another.

The duo first met through Ramona Singer at a party in Hamptons. Just after that, the pair went on a vacation together in Europe, which helped them establish a good relationship.

After getting the vibes of true love, Leventhal recently proposed the Real Housewives of Orange Country star, Kelly Dodd, on November 13, 2019. In an interview, Dodd shared that the duo is considering to walk down the aisle on October 10 of 2020.

Rick was first married to the on-air reporter of the WSVN-TV network, Penny Daniels. The duo shared the wedding vows in a private ceremony among their close friends and family.

The duo was happily living together. Further, Rick and Penny also welcomed two daughters Veronica Leventhal in 1991 and Shoshana Leventhal, in 1996 during their relationship.

But after facing many high and lows in the relationship, the pair decided to divorce with mutual decision.

Rick then married American professional poker player Beth Shak on June 9, 2016, in Las Vegas after dating for a certain time. Despite sharing unconditional love, the duo faced some complications in their relationship. Regarding that, Beth filed for divorce in April 2017, citing “irreconcilable differences.”

Rick Leventhal is a Millionaire!

Rick Leventhal holds a net worth $1 million. He garnered that fortune from his career as a reporter and senior correspondent.

The 59-year old reporter, as of now, works as a senior correspondent at the Fox News network. He joined the network in 1997 as a correspondent, and since then, he has covered much crucial live news for the network.

Before that, he worked for many news networks as a reporter and anchor. He covered news for FNC and other networks while living in Columbia, South Carolina, Florida, and Ne York City. Additionally, just like Rick, Lisa Boothe, Julie Roginsky, and Laura Okmin also work at the Fox News network.

Do visit TheCelebsCloset for more celebrity news and updates!!!