How rich is Mo Vlogs “Mohamed Beiraghdary” and what about his net worth? Get Details of his car collection, parents, ethnicity, and wiki! 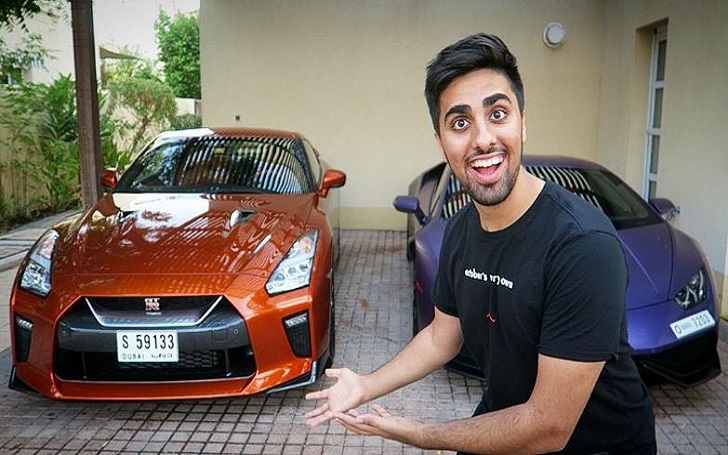 A British guy who came all the way to Dubai and started his vlogging is now one of the most popular YouTubers know as Mo Vlogs. He has attracted many of his viewers by showing off his car collection and his passion for cars.

Many of his viewers are very curious about how much does Mo Vlog make from his YouTube Channel? Many also want to know what his net worth and about his parents including his parents, sister, and family.

Also, see: Everything You’d Like To Know About The YouTuber Ruby Franke Husband To Net Worth To Wiki Facts!

Also, many of his viewers want to know if he is dating and has a girlfriend or is he single. So, without further ado get the details right here and know your favorite Vlogger in more detail.

Mo Vlog, Mohamed Beiraghdary is a world known YouTuber, based in Dubai. He lives in London, but mostly in Dubai. His popularity is high, as he features supercars in all of his videos.

As Dubai is the place where rich kids and people live, he concentrated mostly on supercars, that most of the citizen can afford.

Caption: One of the videos of Mo Vlogs

His most famous video is Rich Kids of the Middle East in which he has featured the most expensive car event. This video solely has 17 million views.

As his channel’s subscribers count 6.6 million, the number of visits in his videos are evident. Mohamed is versatile enough to share his day to day activities with friends to his viewers, so it’s obvious to have an increasing number of viewers.

The places where he mostly filmed are the Burj Khalifa, The Dubai Mall, and the Ski Dubai.

How Much Does Mo Vlogs Make? Mo Vlogs’ Net Worth

Mo Vlogs Mohamed Beiraghdary lives in Dubai with his mother and sister Lana Rose. His sister is a painter by profession.

Mo is a famous personality, as is loved by most of his fans and followers. His fans frequently send him some gifts as well.

Till date, the video views count to more than 1.7 billion. And talking about his income from YouTube, he has already earned almost $9 million.

Hi Boys & Girls!! I have been looking at all the talent we have been receiving on Sun & Sand Sports ‘Schools Got Talent’ contest and it has just been unbelievable. However for those that still have not had the chance to participate you have time until the 17th of September to still show us what you got! Sign yourselves up at www.schoolsgottalent.com #Showthemyou

You Might Also Be Interested In: Every Detail You Need To Know About American YouTuber And Vine Star, Anwar Jibawi: Interesting Facts On Anwar Jibawi Wiki-Bio, Net Worth, And His Dating Life!

Recently, Mo Vlogs has also opened his new eatery, Fun and Shakes, in Jumeirah 3.  Look at this video.

Since Mo Vlogs also has a shop under his name, his net worth will surely peak in the near future.

As we have already stated, Mo Vlogs sister also lives with him and his mother. His sister, Lana Rose was born on September 21, 1989, in Dubai, United Arab Emirates.

With Virgo as her birth sign, Lana showcases her modesty through her videos and Instagram posts. Mo Vlogs has several videos on his YouTube Channel that shows his sister Lana.