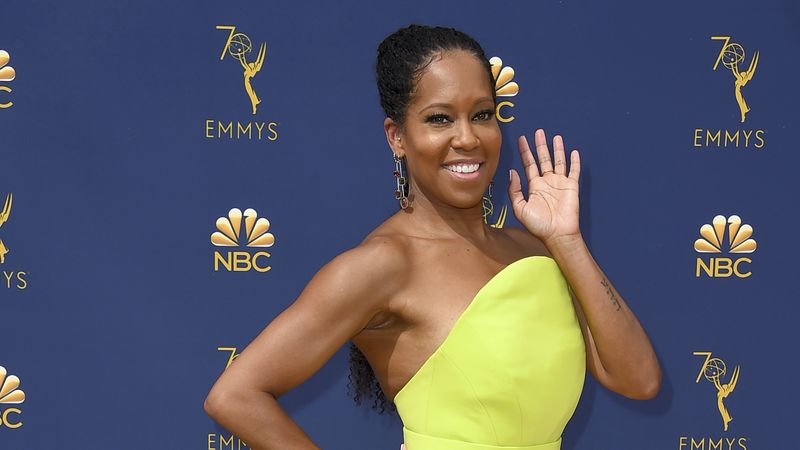 Regina King is an American actress as well as a television director who got crowned as a lead actress in a limited series at the 2018 Emmy Awards. She is best known for her significant role of Brenda Jenkins on the NBC sitcom 227.

Regina debuted in the industry about 3 decades ago. She is equally famous among both older and younger generations. Right after her divorce with Ian Alexander Sr., her fans are keen to know about her personal life.
Regina tied the knot with Ian Alexander Sr. in the year 1997 but divorced him in November of 2006. As a matter of fact, she went through many relationships. Today, here we will be discussing Regina king married life, husband, children, partner, career, net worth including her bio and wiki facts.

Regina previously experienced a married life. She tied the knot with, Ian Alexander Sr., a recording artist as well as a distributor in the year 1997. The ex-couple had been dating each other for sometime before they thought to take their relationship to the next level.

Filled with alot of emotions today. But getting up early because we both have work to do and standing in line with my son as we wait to vote was a singular experience. So grateful to be with him as he voted for the 1st time. #afamilythatvotestogether @buttercreemmjv

Later, Regina dated Malcolm-Jamal Warner from the year 2011. However, they parted their ways in March 2013.

After breaking up with Malcolm Warner, Regina did not fall for any man and is currently single. She is focusing on her career right now. But Regina reveals that she would not mind to date again. In one of her interviews with Wendy Williams, she told the qualities that a boy needs to be her man. She said:

“You need to do better job at it”

“I’ve been so busy with work, and my girlfriends are like, ‘Do you think a man is just gonna go knock on the door, like, ‘I’m here!’?’ And I think I wish he would, but I have to make that more of a priority.”

In the interview, Regina indicated that she is looking forward to date and might be dating again.

Regina King Career. What is Her Net worth?

Regina started her acting career in the year 1985 portraying the character of Brenda Jenkins on the TV series 227. Moreover, she also appeared in the John Singleton movies Boyz n the Hood, Higher Learning, and Poetic Justice. Likewise, she also featured in the hit comedy movie Friday.

Regina gained fame by appearing in the blockbuster romantic comedy movie Jerry Maguire as Marcee Tidwell. Furthermore, she performed in How Stella Got Her Groove Back, Mighty Joe Young, Down to Earth, and so on.

Regina also appeared on television series like The Boondocks, Southland, 24, and The Big Bang TheoryShameless. In the year 2018, she played the role of the mother of a murdered black teenager in the Netflix original series Seven Seconds.

Regina also appeared in many television series and movies till the date. She has earned a handsome amount of money from her acting career.

As of 2018, Regina King possesses an estimated net worth of $12 million. If she continues acting at the same pace, she is bound to add a bigger amount to her net worth.

The American actress, Regina King, was born in the year 1971 in Los Angeles, California of the United States. Her birthday falls on 15 January and her current age is 47.

Regina’s mother, Gloria, professionally worked as an education teacher and her father is Thomas King. She is the eldest daughter of her parents who grew up with her younger sister named Reina King. Regina spent most of her childhood in View Park- Windsor Hills.

Her parents divorced in the year 1979. Regarding her education, she attended Westchester High School and graduated in the year 1988. She later went to the University of Southern California.