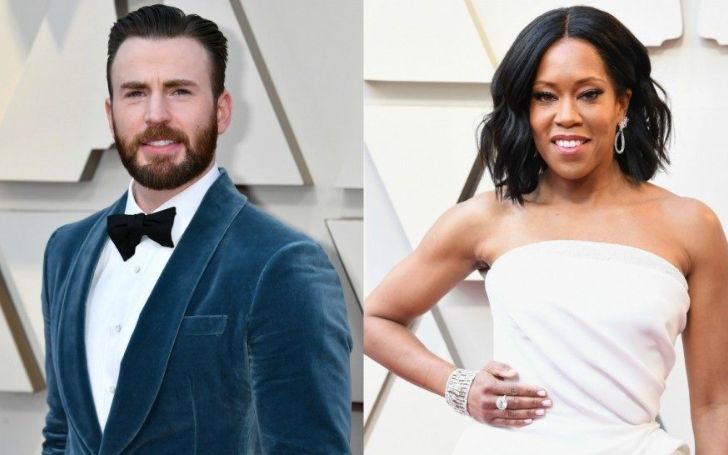 Captian Avengers intuition at its best!

Chris Evans, the Avengers star, helped fellow actress Regina King while she tumbled when receiving the award for Best Supporting Actress in the 91st Rendition of the Academy Award.

Regina, who won the Award for If Beale Street Could Talk, got her dress stuck in her shoes and was about to fall. And then suddenly, out of nowhere, Chris offered his arm just so she can rest easy and accept her award.

The actress thanked Chris for his kind gesture before receiving the award.

While other Twitter claims Chris should’ve won the Award for the Best by tweeting,

“Of course @ChrisEvans saves the day by making sure Regina King doesn’t fall. I knew you were deserving of the title of best Chris. #Oscars.”

Well, this is not the first time Chris showed his chivalry. Back in January 2015, actress Betty White was about to receive the Favorite TV Icon award when she lost her balance and just like today, Chris then too lent his hand to Betty.

Recommended: Mollie King: Dating Someone After Splitting With Her Ex-Boyfriend? Know Her Net worth

When the legendary actress celebrated her 97th Birthday, Chris responded to a tweet regarding his moment with Betty. The tweet stated,

“It’s betty white’s birthday, and I remember when this happened and my heart immediately wanted a buddy cop movie with the two of them.”

For which Chris responded,

As long as I’m the pragmatic voice of reason and she’s the hotheaded wildcard. https://t.co/GvUIi9ci1I

Well, looks like Chris will never back down whenever a lady is out of balance!