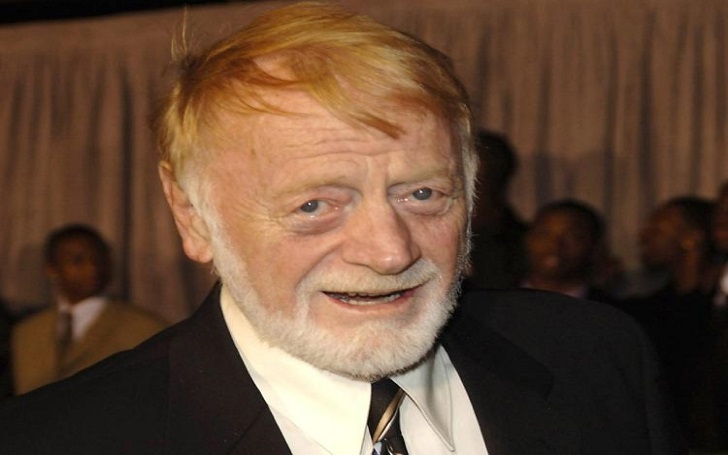 Red West, best known for Road House and a boyhood friend of Elvis Presley, died Tuesday night. He was 81.

Red West began his career as a stuntman and an actor in the 1960’s film The Wild Wild West. After a decade West made his appearance in NBC’s Black Sheep Squadron.

Elvis was always different. We had crew cuts and wore T-shirts and blue jeans; Elvis had the long ducktail, the long sideburns, and he wore the loud clothes and naturally was a target for all the bullies. One day luckily I walked into the boys’ bathroom at Humes High School and three guys were going to cut his hair just, you know, to make themselves look big or make them feel big or whatever, and I intervened and stopped it.

West co-wrote several of Presley’s song, including “If You Talk in Your Sleep,” “You’ll Be Gone,” and “That’s Someone You Never Forget.” West also worked with several singers: Ricky Nelson, Pat Boone, and Johny Rivers.

West was most famous for his role in the 1989 cult classic “Road House.” The first lead role of West’s career is in the drama “Goodbye Solo (2008), which labeled Roger Ebert “a masterwork” and The New York Times called “a near perfect film.”

In his interview in 2009 with The Commercial Appeal, West told-

It took me 59 years to be an overnight success.

I started out in this business as a stuntman, and it’s taken its toll on me.

Red West and his wife, Pat, celebrated their 56th wedding anniversary together on July 1. She first met West while working as a secretary for Elvis. Pat West said about her husband, West:

From the very start, we had a bond that was just unusual.

He was just a straight shooter.

According to the wiki, Red West was born on 20 November 1936, in Memphis, Tennessee, United States. He has two children: John Boyd West and Brent West.

Also, Read: Jarrod Lyle died at the age of 36

Though Red has died, he will always be remembered and will always live inside his wife and two sons.

May his soul rest in peace!