Rebecca Harrell Tickell Left Her Acting Career Behind. But Why? 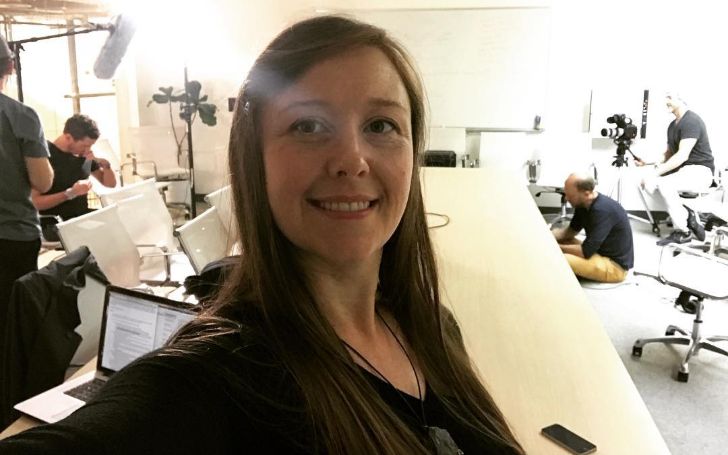 Rebecca Harell Tickell is multiple things. She dedicated her life to changing this planet of ours for the better. Tickell is an actress and a producer but it is not through her movies that she is changing this world’ however, it is something more important.

Giving Ted Talks and writing books are some of the minor things in her bucket list. The way she is working on environmental conservation is something that has inspired many across the world. Let’s find out about the married life of this versatile woman and see if she has any kids.

Rebecca is married to Josh Tickell. The duo both shared a passion for environmental conservation and met during an event. Shortly afterward, they fell in love and started dating; however, they were in no hurry to exchange vows.

Together, they made a documentary-movie called Fuel. Rebecca co-produced the movie and Josh directed the movie which even stars English billionaire Richard Branson.

After completion of the movie, they decided to spend the rest of their lives together and got engaged. After a few months of engagement, they finally walked down the aisle on January 1, 2010. Their marriage was a huge celebration as it was New year on the same day.

After their marriage. they decided to leave Los Angeles and move to someplace quiet and away from the hustle and bustle of the city. So they moved to Ojai, California where they bought a 5-acre property on loan.

The duo is blessed with two children. They welcomed their first bundle of joy, Athena Rae Tickell on March of 2014. The story of her birth is quite memorable for the couple. Rebecca and Josh had gone to the hospital where the doctor said that it was not the time for their delivery, but, it actually was! So, with the help of a friend, she gave birth to her first child at home. The couple considered it a spiritual experience.

Jedi Tickell, their first son came to this world right before the premiere of their movie Good Fortune. You wanna know something interesting. Rebecca also gave birth to Jedi at home.

To Rebecca and Josh, money is not the most important thing. They believe in something else. They believe that the environment is way more important than some piece of paper; however, they are rich for sure. Rebecca has an estimated net worth of $200,000.

If Rebecca wanted more money then she would still be a commercial actress and would have made way more money but that is not the case.

Before quitting her movie career, Harrell Tickell appeared in many notable movies. Some of her notable roles include Jessica Riggs in Prancer for which she received a Best Young Actress nomination and many critical praises.

Josh and Rebecca were looking for a house after their marriage where there were a lot of trees and fresh air as they were planning on having kids.

After searching around California for a while they finally stumbled upon an undervalued property. They took out a loan and bought the property and after six months of maintenance, they were able to turn it into a livable place and also a production studio.

To get around interviews and premieres, Rebecca drives an Audi which costs a minimum amount of $41,000.