Randall Emmett Is Engaged To His Girlfriend: Soon To Get Married For The Second Time? 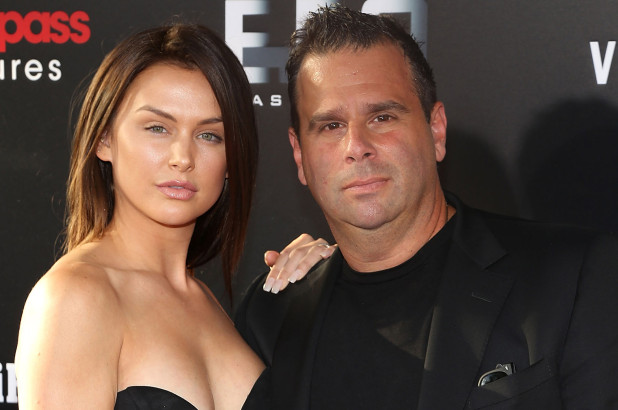 Vanderpump Rules star Lala Kent is formally off the market. Recently, Lala Kent engagement with her boyfriend, Randall Emmett, turned the internet upside down. She used to coy when asked about Randall and she is now his wife-to-be. Her fiance, Randall Emmett is an American movie and television producer who is famous for 2 Guns, Lone Survivor, and Silence.

Randall might belong to the different genre of the movie world, but the way he proposed Lala is the most quixotic one. There is no surprise that Randall Emmett net worth is undoubtedly more significant being a producer.

Also, read Everything You’d Like To Know About Gabe Brown Wiki Facts To Net Worth To Girlfriend!

Love makes people ponder about their ultimate possibilities to keep their significant other exultant. The way Randall Emmett proposed his partner Lala Kent is the most iconic way of celebrating modern day romance.

Randall and his partner, Lala, got engaged during a romantic trip to Cabo San Lucas, Mexico. He popped the question at the Esperanza An Auberge Resort where he had set up a screen for Lala to watch one of her favorite shows, Friends. He showed a video of the couple and all their memories together. In the end, Randall went down his knee and proposed to her with the diamond engagement ring and a private fireworks display in the background.

“I keep looking down at my ring finger. I’m just so happy to say we are officially engaged. We are so excited to start planning the rest of our lives together and I’m excited to put as much detail as Randall did in our engagement into our wedding!”

Randall Emmett was previously married to the actress Ambyr Childers in the year 2009. He has two children from his last marriage. The couple got divorced in 2017.

As of now, Randall and his partner, Lala, seems excited to plan for the new venture of their relationship. They might fix the wedding date soon. Stay tuned!

As a producer, Randall has financed for multiple movies and TV shows. He might have garnered millions of net worth from his business ventures. Along with that, he is the chairman and co-founder of production company Emmett/Furla/Oasis Films. But what’s the figure of Randall Emmett net worth?

But what’s the figure of Randall Emmett net worth?

In 1995, Randall Emmett began his career in Hollywood as a personal assistant of Mark Wahlberg. He encountered George Furla in 1998. Together they formed Emmett/Furla Films. They joined Dubai-based film financier, Oasis Ventures Entertainment in 2013. They changed their company name into Emmett/Furla/Oasis Films (EFO).

Randall Emmett was born in 1971, in Miami, Florida. Details about his parents, family and early life are confined. He was fond of movies and cameras since the beginning of his childhood.

Randall went to the School of Visual Arts in NYC and graduated with a Bachelor of Fine Arts degree.

Randall celebrates his birthday on March 25 that makes his age 47. He is of white ethnicity.