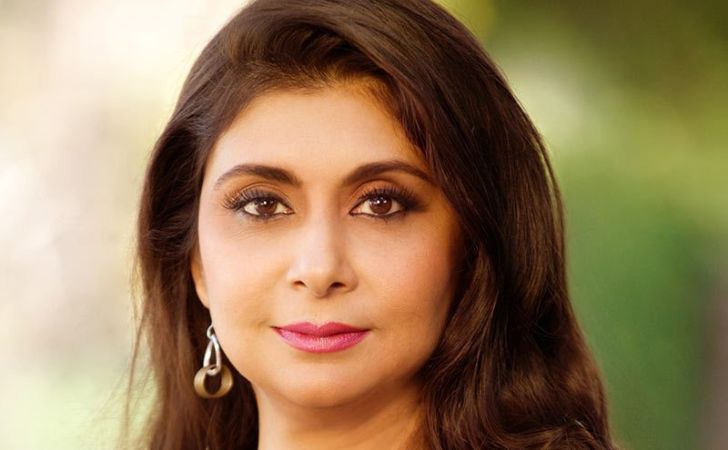 Rajashree Choudhury is a trending name these days as the ex-wife of the controversial Yoga instructor Bikram Choudhury. The power-yoga couple spent 32 years together as a married duo, before finally parting ways.

Besides the linkage with Bikram, Rajashree herself is a successful Yoga teacher and the founder of USA Yoga. She recently got a lot of limelight following the release of the Netflix documentary on her former partner as Bikram: Yogi, Guru, Predator. The 54-year-old shared a married journey full of ups and downs throughout the time they were together.

Rajashree Married Bikram Choudhury to be a Powerful Yoga Duo

The 54-year-old Rajashree Choudhury married fellow Yoga expert, Bikram Choudhury, in 1984. She was extremely thrilled to exchange the marital vows with the apple of her eye and complement each other in their works.

The adorable couple tied the knot and moved from India to Los Angeles, California. She helped her famous husband to build his legacy of the training program in Bikram Yoga studios.

They have two children together from their marriage who themselves are adults now.

The lovely duo fitted eachother in their respective professions and personalities. Contrary to Rajashree’s counterpart, she was more quiet and soft-spoken.

Why did Rajashree File for Divorce against Bikram Choudhury?

The Yoga-instructor pair shocked the world when they ended their marital affair after three decades with a divorce agreement in May 2016. It was Rajashree who ultimately made the call and file for divorce labeling ‘irreconcilable differences.‘

The primary reasons behind their divorce were the rising allegations on sexual abuse and harassment on her beau Bikram Choudhury. By 2013, six different women alleged him for rape and sexual assault, which triggered divorce between them.

According to the Yoga champion, her husband, Bikram, would barely spend ten days a month together at their residence at Beverley Hills. The lack of time and rising controversies against his husband was the main reason why she decided to call off their marriage despite spending 32 years.

The relationship between the Choudhury pair after thier divorce was sort of a mystery. Surprisingly, the paparazzi’s spotted them at a yoga competition in Kolkata, India.

There were numerous sexual allegations and abuses against Rajashree’s husband, Bikram Choudhury. While most of them filed a lawsuit against him, many of the incidents became public in the Netflix documentary called Bikram: Yogi Guru Predator.

In 2014, five women sued him for sexual assault and rape. But, the plot changed as Choudhury dealt with the issue outside the court and settled it.

In the Netflix biopic, one of Bikram’s students, Sarah Baughn, told that the instructor forced her to sexual behavior in the hotel room during a training session. Consequently, Choudhury paid about $6.5 million in the lawsuit.

Another one of his students, Larissa Anderson, claimed that the 75-year-old raped her after inviting her to his residence. Shockingly, the incident occurred when Rajashree and her children were sleeping upstairs in their rooms.

Her lover, Choudhury also performed misconduct and abused former head of Legal and International Affairs, Minakshi Jafa-Bodden. Unlike others, she was bold enough to take action against the Yoga expert and win in judicial proceedings. Thus, he received the order to pay  $924 thousand and a further $6.4 million on January 26, 2016.

The most shocking detail came when Jafa-Bodden told that, Rajashree threatened her to think about her family and let Bikram have his girls before taking matters to court.

The wife of Bikram Choudhury, Rajashree Choudhury could not escape from the judicial proceedings alongside her controversial husband.

Particularly, court-involved her for helping Bikram to hide, abscond, and attempt to dispose of her spouse’s assets and properties.