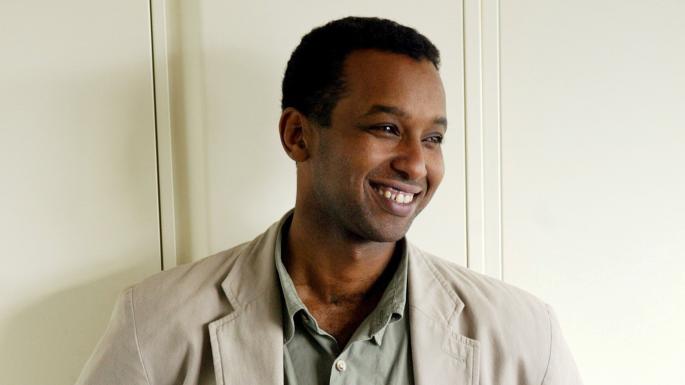 Working as a journalist isn’t an easy task. There’s a lot of obstacles that one has to overcome as a journalist. Thankfully, we have journalists like Rageh Omaar. Omaar is one of the most popular and respected journalists of this generation. He made his name reporting from Iraq when he was a BBC world affairs correspondent. Today, we’ll be exploring Rageh Omaar bio and his wiki facts. Who is Rageh Omaar married to?

Read More; Is Robert Townsend Dating Someone After Divorcing With Wife?

Rageh Omaar married Georgiana Rose “Nina” Montgomery Cunningham in the year 2000. The couple first met at Omaar’s cousin wedding in India. Back then, Nina was an occupational therapist, who worked mainly with people having mental health problems. Besides that, Omaar has not revealed further marital details.

Caption: Omaar with his adorable kids

Right now, the couple lives in Chiswick, West London. They also share three children together: Zachary Omaar, Sami Omaar, Loula Omaar. The couple has been married for a long time now and is still together. It seems they are delighted with their relationship and won’t be separating any time soon.

How much is Rageh Omaar Net Worth?

Rageh Omaar is a professional journalist and writer. The journalist mainly earns his income by presenting news to the people. In his long career, Omaar has achieved many things including awards. In 2003, he received an award of a recipient of an Ethnic Multicultural Media Academy for being the best TV journalist. Later, he was presented in the Arab Media Watch Award for excellence in Journalism in the year 2008, 2014 and 2015. His career has been full of success so far but how much is Rageh Omaar net worth?

Caption: Omaar having a good time with his friend

Unfortunately, Rageh Omaar net worth is not out yet. But we will update you Omaar’s net worth as soon as we learn about it.

To stay updated on Rageh Omaar net worth, don’t forget to visit our site.

Omaar’s interest in Journalism grew during his teenage years. He later walked down the same path. He kicked off his career as a trainee at The Voice newspaper in Brixton. Omaar worked there for a short period on the magazine City Limits before he moved to Ethiopia in 1991 to be a freelance reporter for the BBC World Service.

After a year, Omaar returned to London to work as a producer and broadcast journalist for the BBC channel. He then moved to South Africa after BBC’s Africa correspondent appointed him. His kids and wife were also shifted there through 2004, and his regular commuting made his domestic life a challenge.

Some of Omaar’s best work includes live reporting of conflicts in Iraq and Somalia. Aside from that, he has also covered Iraq invasion for the news network he was working, weekday BBC News bulletins and BBC News. In September 2006, he joined Al Jazeera English as a Middle Eastern correspondent for its London Division. He also hosted the program The Rageh Omaar Report and also presented nightly weekend documentary series Witness.

In 2013, there was an announcement that Omaar would be joining ITV News as a special correspondent. Then on October 15, he got promoted to Deputy Newscaster of ITV News at 10. Since September 2017, he also presented the ITV Lunchtime News including the ITV News London Lunchtime Bulletin and the ITV Evening News.

In 1967, Rageh Omaar was born in Hargeisa, into a Habr Awal Isaaq family. He celebrates his birthday every year on 19th July. He was born to Abdullahi Omaar and Sahra Omaar. His father is a wealthy businessman. Omaar moved to the United Kingdom at the age of two.

His elder brother, Mohamed Abdullahi Omaar, was a former Foreign Minister of Somalia. Omaar studied Modern History at the University of Oxford. He is British and belongs to the black ethnicity. As of now, Omaar is 50 years old. His zodiac sign is Cancer. Omaar is also pretty active on social media like Twitter.