Rachel Maddow, host of ‘The Rachel Maddow ‘show on MSNBC, is openly lesbian, more on her girlfriend, are they getting married? 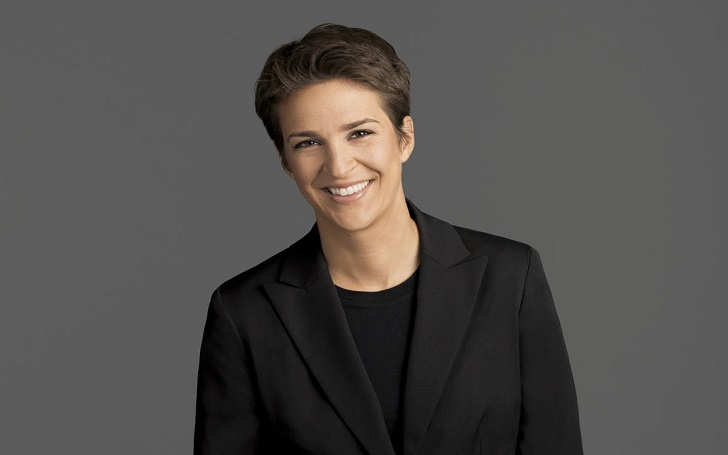 Rachel Maddow is one of the boldest TV personality ones can find. She is the person who speaks her mind and makes sure to let the world know what she believes in. Rachel is upfront about her sexual preferences being a lesbian and Maddow has a love life everyone would envy.

She has been in a relationship with her artist girlfriend Susan Mikula since 1999! Now that certainly is very rare and precious. They both are living together under the same roof but are in no hurry to be married.

On being asked about their marriage, Rachel Maddow had to answer with:

“I feel that gay people not being able to get married for generations, forever, meant that we came up with alternative ways of recognizing relationships. And I worry that if everybody has access to the same institutions that we lose the creativity of subcultures having to make it on their own. And I like gay culture.”

Mikula is a 52-year-old photographer and artist who met Rachel in the year 1999 itself. It’s been more than 18 years of their relationship, and we hope that their relationship lasts even longer, better yet forever.

The Rachel Maddow show reaches no.1 in Weekly primetime ratings!

Rachel Maddow has been very informative and open in her nightly television show; The Rachel Maddow Show aired on MSNBC. She goes from topic to topic giving her own opinions regarding the news providing all the debates related to the topic. Maybe this is why her show ranked no.1 by the weekly primetime ratings. There are more enough reasons to be discovered soon as to why her shows are popular among audiences.

MSNBC had an average of 2.44 million viewers, surpassing out even bigger news channels like CNN and Fox News in both measures. Her quirks and wits must gain from her educational standards which seem pretty high seeing as she holds a doctorate in politics from the University of Oxford.

Apart from her wits, which makes her show even more knowledgeable and well rated. The fact that she tells her news as though she is building something in front of the audiences and teaching them how to be involved too.

Caption: Rachel Maddow appears on the Late Show with Stephen Colbert and talks about her ways to approach the audience

Rachel Maddow in fierce and bold in putting her opinions out even regarding sensitive issues like Trump’s presidency. As many would agree, she voices out the thoughts that many people are afraid to even think in such an eloquent manner; they believe her as a god gifted.

Having such an astounding career recently, her net worth is said to be $20 million as of 2017. Blessed with amazing talents, this smart and bold News host seems to have even more amazing love life! We wish to love for the couple.