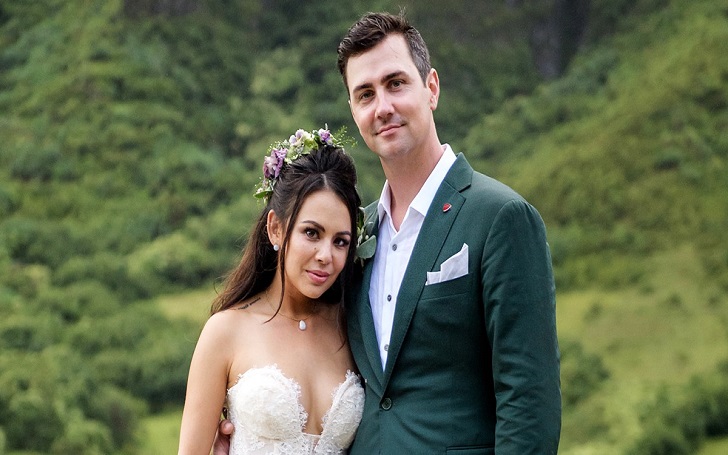 At the end of the season of pretty little liars, there’s another big news floating around from Pretty little liars family. Yes, Janel Parrish is engaged. Congratulations to the newly engaged couple! Soon to ring the wedding bells!

The 28-year-old Pretty Little Liars star Janel took to her Instagram on Monday morning to announce that her longtime boyfriend popped the question. Janel and Chris have been dating since September 0f 2016, and now they have taken their relationship to the next level and the big moment came when Janel and Chris were in walk-in Toronto, Canada. Yes, Chris is no more Janel’s boyfriend; He is now her fiance

Went to the park for a stroll with Klee and came back with a fiancé. I get to marry my best friend and I’m over the moon. I love you @c_long

In the photo, Janel from Pretty Little Liars – best known for her role Mona Vanderwaal could be seen showing off the new sparkling ring on her left ring finger as she kissed her longtime Boyfriend Chirs on the lips.

Both Janel and Chris seems deep in love with each other. We hope they soon get marry each other and start their own family.

Many congratulations on the engagement Janel!

Born in the year 1988 in Oahu, Hawaii, U.S, American actress celebrates her birthday on 30th of October. Janel’s full name is Janel Meilani Parrish. Her current age is 28, but following the birthday in the same month, Janel’s age will be 29.

Janel Parrish is famous for her role in ‘ Pretty LittleLiars’. Her zodiac sign is Scorpio. Janel was born to parents Joanne Parrish and Mark Parrish. Janel’s parents were former bodybuilders. Jane is a younger child to her parents. She has one sister, Melissa Nohelani, who is eight years older and serving in the U.S. Army.